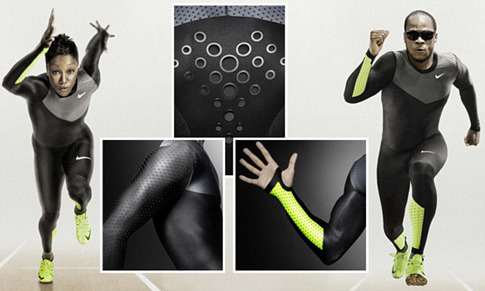 The speed-related events at the Olympics are so competitive that even a hundredth of a second can make a difference between the gold and silver medal. It is therefore no wonder that everything - From the food the athletes eat to the clothes and shoes they wear are geared, for optimal performance.

To capitalize on that every four years, apparel companies introduce some 'revolutionary' technology that is touted as the next best thing. In 2008, the rage was Speedo's LZR (laser) swimsuit that purportedly helped Michael Phelps win eight gold medals. The suits have subsequently been banned because they apparently did give swimmers an unfair advantage by making them more buoyant and causing less fatigue, which in turn, helped them go faster. 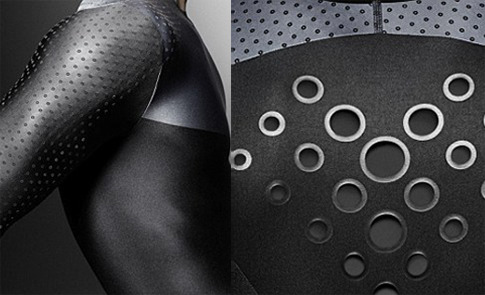 But that setback does not stop companies from continuing to try. This time around the radical apparel is not for swimmers but for runners and comes from none other than the world's largest sports apparel company, Nike Inc.

Called Nike Pro TurboSpeed, the track suit is not based on some radical technology, but a true and tested one, picked from one of the slowest sports - Golf. We all know that unlike normal balls, those used in golf sport multiple indentations or dimples. Turns out it was not always the case. When the game was first invented, it was played using a smooth surfaced ball. However, golfers soon began to notice that whenever they used an old beaten up ball, it traveled longer distances. 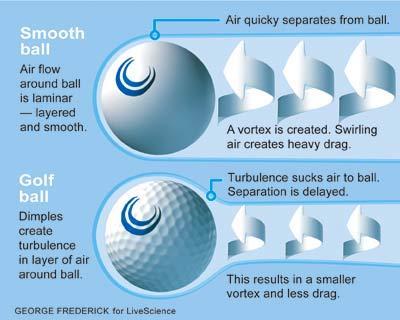 When experts looked into it, they realized that it was all to do with aerodynamics - As the ball races across the golf course, the dimples act like little suction cups not only drawing in little pockets of air that help spur the ball ahead, but also, increasing the turbulence around. This high speed air stream that sits around the ball like a glove helps reduce the drag on the ball by changing the direction of the air pressure, so that more of it is behind it than in front, which in turn, helps move the ball faster.

Nike's taken this same principle and applied it to their track uniform by placing dimples in certain strategic areas of the suit like the shoulders, arms and calves and any others that create resistance when the athlete runs. In tests done by the company inside a wind tunnel, the Nike Pro TurboSpeed helped shave the runner up to 0.023 seconds in a 100 meter dash. 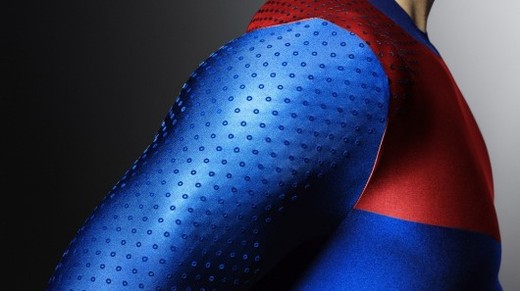 While that makes no difference to a normal athlete, it will, make a huge difference to someone like Usain Bolt who take less time to run the distance than it takes most of us, to get started! Whether the tracksuit will show up in your local Sports Authority store anytime soon, probably depends on the medals it helps win.

WeekMonthYear
1.
100-Year-Old "Monster" Fish Caught In The Detroit River20.6k reads
2.
Maldives Unveils Plans For The World's First Floating Island City17.2k reads
3.
Adorable Stray Puppy Gets The Stuffed Unicorn Of His Dreams And A Forever Home17.1k reads
4.
Rare Dinosaur Fossil Sitting On A Nest Of Eggs Unearthed15.9k reads
5.
Mother's Day Is Coming, Are You Ready?15.8k reads
Sign in or Sign Up
for unlimited access to Assignments