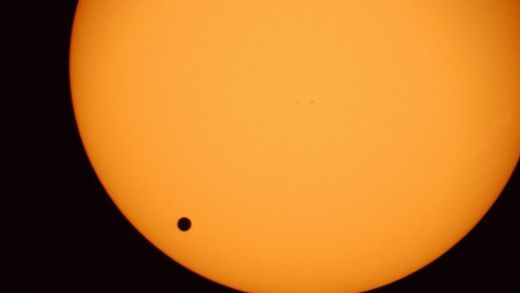 Less than two weeks ago, some lucky earthlings were able to witness a rare event - A 'Ring of Fire' Solar eclipse. Now, there is another celestial event heading our way - A glimpse of Venus as it orbits in front of the sun, something that will not be visible again until at least, 2117. The good news is that people all over the world will be able to see it, just at different times.

For the residents of North America, the transit will begin at about 6.03pm EDT (3.03pm PDT) on Tuesday June 5th, 2012. Asia, Australia, Africa and Europe will have to get up early in the morning of June 6th to witness this truly once in a lifetime occurrence.

Also, just like any solar celestial event, watching it with the naked eye is dangerous, so experts recommend using solar filters, a pin-hole camera or better still, going to a local museum or planetarium and seeing it through a special telescope. This in fact, may be the best option, given that unlike the Ring of Fire eclipse when the moon covered 97% of the Sun's surface, Venus will cover a mere 1/32, making it difficult to see, without magnification. 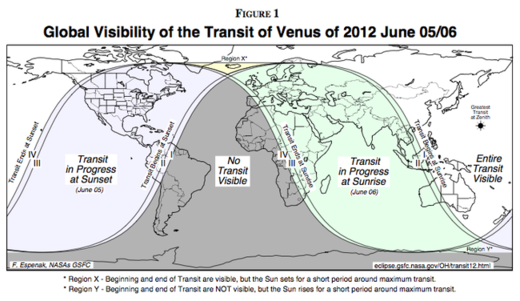 However, if you are unable to see it don't fret, because astronaut Don Petit is planning to make history by becoming the first person to click crisp clear pictures from the one place that is guaranteed to have amazing views - The International Space Station.

Venus rotates around the sun every 1.6 years. But since it not in the same plane as earth, it usually transits below or above the sun and therefore away from our view. When it does cross the sun, we are able to see it twice within a timeframe of 8 years, but after that not again for another 105.5 years or 121.5 years. Since we already experienced the first of the two transits for this century in 2004, the next one following tomorrow's transit, will be seen in 2117 or 2125 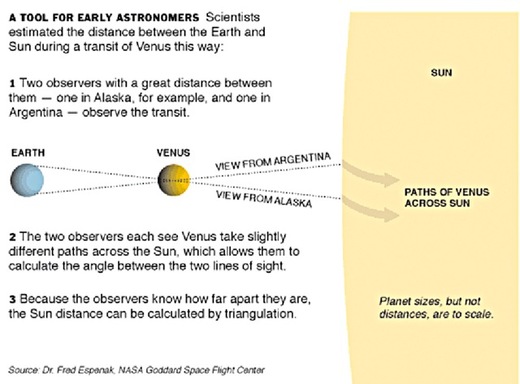 Besides being a rare event, this transit is what helped scientists solve the mystery about the absolute size of the solar system - Something that was figured out in 1768, by famous British explorer James Cook. Given his rudimentary tools, he wasn't able to take very precise measurements and scientists had to wait until the next transit in the 1800's, before they were able to measure the scale of the solar system accurately. However, despite all the advances in science, James Cook's brilliant brain wave is still used by modern day scientists to seek out alien planets, as they transit around their respective sun.

WeekMonthYear
1.
100-Year-Old "Monster" Fish Caught In The Detroit River29.4k reads
2.
Rare Dinosaur Fossil Sitting On A Nest Of Eggs Unearthed27.7k reads
3.
Our Earth May Have A Mysterious Fifth Layer26.1k reads
4.
Adorable Stray Puppy Gets The Stuffed Unicorn Of His Dreams And A Forever Home11.7k reads
5.
Maldives Unveils Plans For The World's First Floating Island City11.5k reads
Sign in or Sign Up
for unlimited access to Assignments