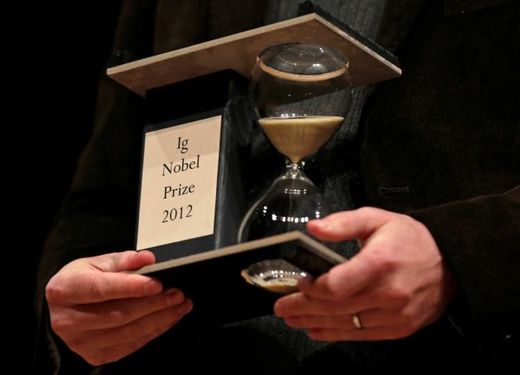 If you think science is boring and scientists nerdy, you may change your opinion after reading about the fun discoveries that won these researchers Nobel Prizes - Not the real ones of course, but the spoof lg Nobel Prize - that are awarded for research that 'first makes one laugh and then, think'.

Now in its 22nd year, these fun awards are sponsored by magazine publisher Annals of Improbable Research. This year's event took place on Thursday, September 20th, at Boston's Harvard University and as usual, the room was filled to capacity with people eager to find out what wacky but clever discoveries were being honored. 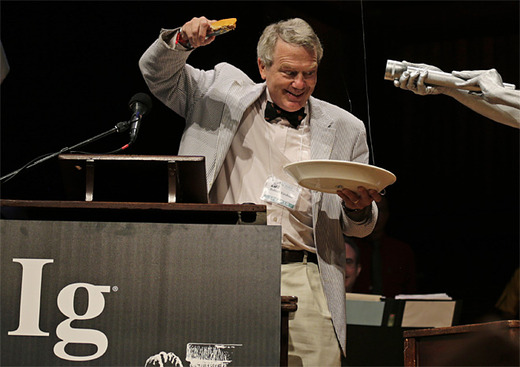 The tone of the evening was set by the pre-concert. Entitled 'The Intelligent Designer and the Universe' it was about a crazy wealthy man who left his entire fortune to one cause - designing a beautiful dress for the universe. The best part was that the stars of the show were not professionals, but the goofy scientists that were being honored that day. Then began the even goofier, award ceremony.

Among the ones that generated lots of laughs and as much thought was the Neuroscience lg Nobel, which was awarded to an American team of scientists for their brilliant research that proved that with the help complicated instruments and simple statistics, one could measure meaningful brain activity anywhere, even in the brain of a dead salmon! 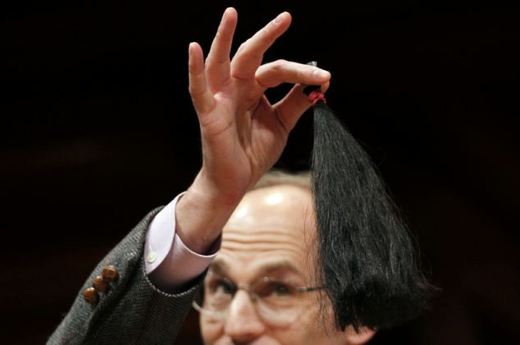 Another fun, but equally thought-provoking one was the lg Nobel for Physics. Awarded to an all men team of US and UK researchers it investigated what determines the shape and bounce of a person's ponytail. While it may sound like a trivial matter, it involved some serious research, which began with the development of a 3D imaging system to observe the properties of individual hairs and then figuring out the mathematical equation describing the collective properties of an entire bundle of hair. The conclusion, which was published in two separate scientific papers, was that when bundled up together hair behaves like a simple spring, and that the force necessary to compress it is directly proportional to the extent to which it was compressed! For those that do not understand the scientific lingo, all it means is that the tighter you tie your ponytail, the more effort it will take to bounce it around!

If you wish to prevent coffee from sloshing around and spilling on your clothes whilst walking, then you need to pay attention to your speed, remain focused on your drink and walk through a quiet area! At least that's the conclusion reached by University of California's engineering professor Rouslan Krechetnikov and graduate student Hans Meyer, who took home the lg Nobel Prize for Fluid Dynamics. 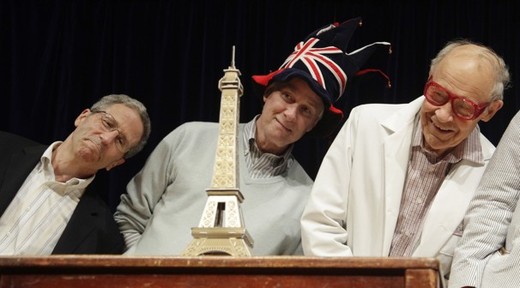 The Chemistry lg Nobel was presented to a Swedish researcher for his study on why the hair of some residents in the Swedish town of Anderslov, turns green. Then there were the Dutch researchers that took home the Psychology lg Nobel for ground-breaking discovery - Why the Eiffel Tower in Paris looks shorter when viewed from the left! 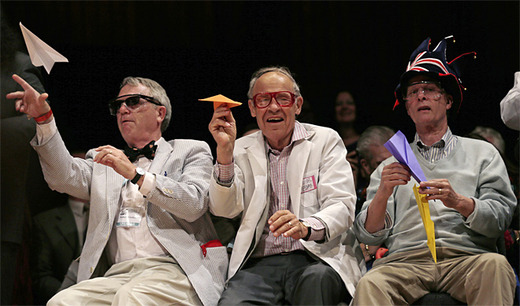 If you are still not convinced that science can be fun, how about this. During the entire evening the audience was encouraged to toss paper airplanes at the award recipients - Among the biggest culprits? Three real Nobel laureates - Robert Kirshner (2011 Physics) Dudley Herschbach (1986 Chemistry) and Rich Roberts (1993 Biology)!