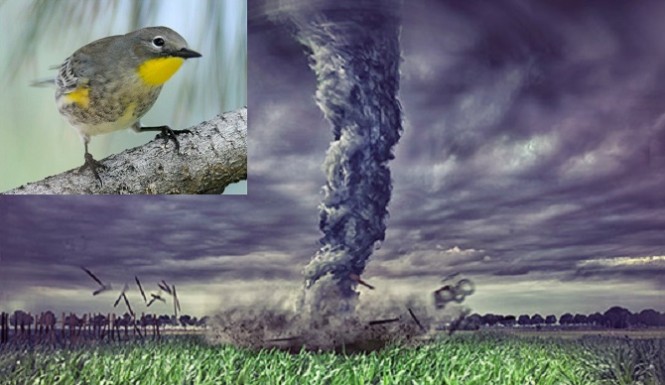 In April 2014, a series of devastating tornadoes wreaked havoc on the southern United States. The fierce system of multiple tornadoes that ripped through the region ravaged scores of local communities, claimed the lives of more than 35 people, and caused over a billion dollars in damages across 17 states. Also affected of course were the animals that lived in the region. The one species that managed to escape unscathed were the golden-winged warblers that left their breeding grounds in Tennessee two days before the tornadoes struck and flew off to Florida.

The timely exodus by the birds has come to light thanks to a team of researchers led by Tennessee-based ornithologist Henry Streby, who in 2013, successfully managed to do what many scientists had considered impossible - attach a half-gram tracking device on twenty of the tiny songbirds that weigh less than three pennies. The team's motive was simply to track the migration pattern of the birds that spend winters in South and Central America and return to breed in the mountains of eastern Tennessee, during spring.

However, when Streby and his team analyzed the data, they were surprised to find that instead of being in Tennessee during their peak breeding season in April, the birds had decided to take a short trip to Florida. One even went as far as Cuba. What was even more interesting is that they all returned to Tennessee within five days. At first the researchers thought that their geotrackers were giving them incorrect data. After all why would the birds make this approximately 930-mile round trip so soon after finishing their arduous migration from South America?

After a close examination of the trackers revealed nothing amiss, the researchers decided to investigate this mini-migration further. That's when they discovered that the songbirds left the area exactly two days before the havoc began. Given how far the storm was, the researchers were able to rule out the possibility that the birds may have sensed its arrival from physical signs like high winds or changes in atmospheric pressure and temperature.

This led Streby and co-author Gunnar Kramer, a population ecologist at the University of Minnesota in Minneapolis, to theorize that the birds were able to avoid the storm thanks to their keen hearing. More specifically, the researchers who published their study in the scientific journal Current Biology on December 18, 2014, think that the birds picked up the infrasound emanating from the massive-tornado spewing storm that was brewing many miles away. 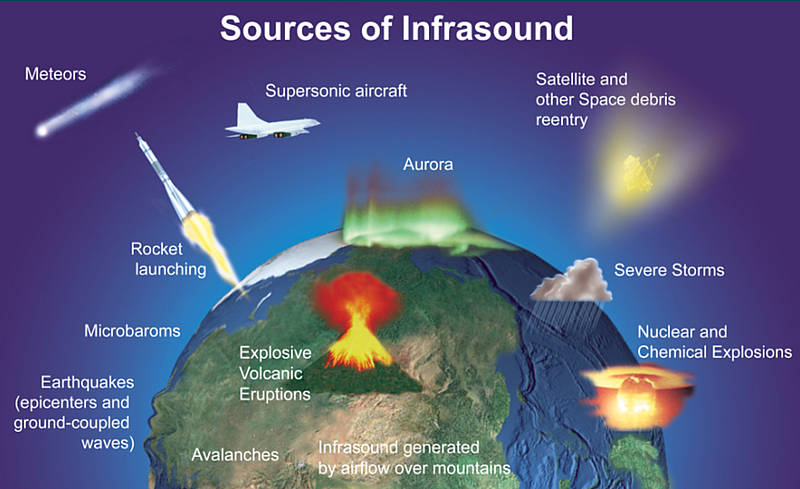 Also referred to as low-frequency sounds, they can be created by many phenomena - from massive storms and earthquakes to waves crashing on a sandy beach and even man-made atomic weapons. Regardless of the source, all infrasound can travel extremely long distances. In one case, Colorado-based physicist Alfred Bedard reported detecting infrasound from a storm that was brewing more than 1,000 kilometers away. Though humans are unable to hear sounds below 20 hertz (or cycles of sound per second), previous studies have proved that birds can detect sounds with frequencies as low as .05 hertz.

If that is the case, Streby and his team are probably right about their theory. Jonathan Hagstrum, a geophysicist with the U.S. Geological Survey in California, who studies birds, is convinced they are. The researcher says that while birds have always been known to be good weather predictors, biologists have never thought of attributing their powers to their keen hearing. He believes that this research leads to the exciting possibility that birds may be using infrasound not just to avoid hazards, but also as a 'map' to help them navigate across the world. 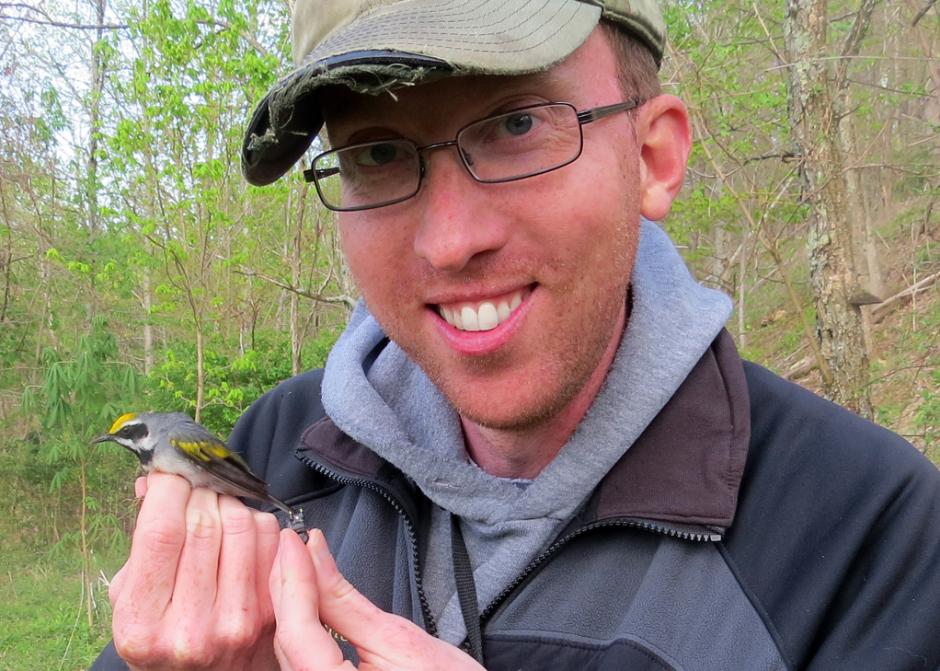 However, not everyone is convinced. Phil Chilson, professor of meteorology at the University of Oklahoma, asserts that since Streby’s team hadn't actually measured the infrasound produced by the storm, there is no guarantee it was the principle cause of the bird's timely evacuation. Also skeptical is Sid Gauthreaux, an ornithologist at Clemson University. He maintains that the winds on the night of April 27th, were simply too strong for the birds to fly against and believes that the data produced by the geotrackers is suspect.

Whether it was the infrasound or something else that alerted the birds is up for debate, but one thing is certain: when it comes to natural disasters, these birds sure know how to survive, a skill the researchers believe will become increasingly important as climate change increases the frequency and severity of storms.

Can you think of a way to use the songbird's 'disaster alert' mechanism...