While 3-D Printing technology is still a young innovation, it is already being used to create a wide variety of products: action figures, musical instruments, fabrics, and even food! But for all of the fun and whimsical items that can be produced, the most exciting application of this radical invention is the printing of artificial limbs. Its low-cost structure makes it ideal for those that are unable to afford traditional prosthetics that can run tens of thousands of dollars.

However, though the cost of 3-D printing artificial limbs is only between $20-$150 USD the printer itself is not cheap. Then there is also the issue of having someone who knows how to design the prosthetic to each individual's specifications. Now thanks to an online community called E-nable, the three can come together, without ever having to meet. 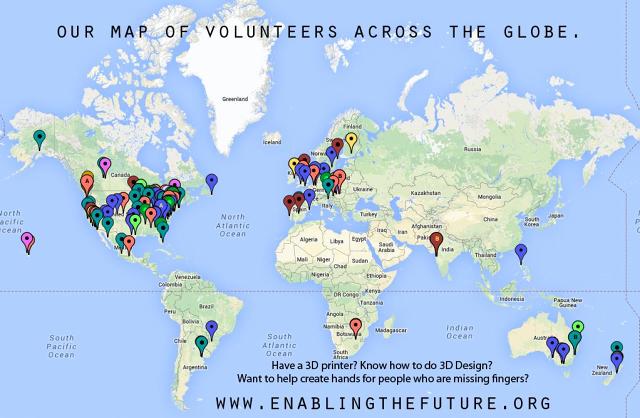 Started by John Schull, a researcher at the Rochester Institute of Technology in New York, E-nable connects 3-D printer owners and prosthetic designers to children and adults with missing fingers, hands or forearms. The researcher began with a simple Google Map mashup with a comment on the YouTube video that said, "If you have a printer and want to help, put yourself on this map. And If you need a hand, put yourself on this map."

In just 18 months, E-nable has garnered over 3,600 volunteers from all over the world, including engineers, artists, therapists, parents, students, designers and teachers. What's even more amazing, is that together they have helped provide custom-designed artificial hands to over 800 disabled kids and adults. 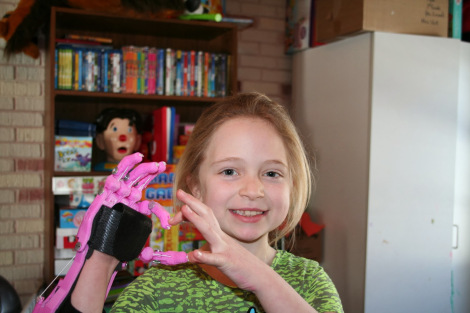 Schull says that his inspiration came from a Youtube video that documented a South African carpenter and an American puppeteer collaborating to create a 3-D prosthetic hand for a five-year-old South African boy. What impressed him most was that after the two were done, they shared the design on the Internet for everyone to use.

The philanthropist decided to implement the same principle at E-nable. All the various design plans that have been created by the community thus far are available for download on their website for others to use free of charge. Designers are also encouraged to share any improvements they make to the basic design. 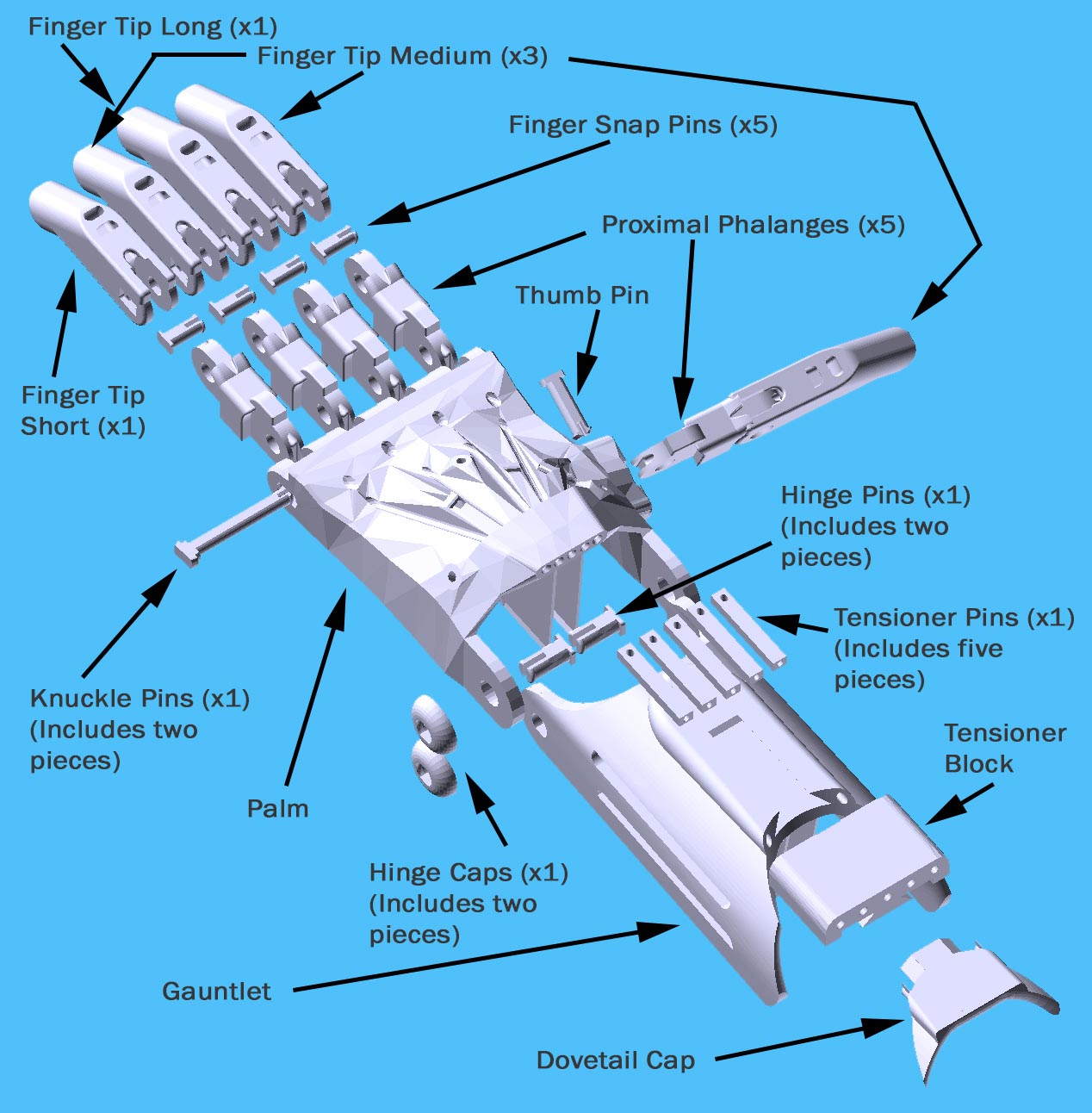 As a result, there are now numerous options in the E-nable prosthetic hand portfolio for people to choose from. One called the "Raptor Hand," features a modular tensioning system that allows the "flexing" of fingers with "tendons," and is compatible for either Velcro or leather palm enclosures. A model called the "Talon Hand" has the greatest grip strength of all E-nable's designs but works best for a user with a higher range of motion. Other models are suited for younger users, those with thumbs but no fingers or those just missing a finger or two. There are also many other custom designs that meet a particular user's needs.

Though E-nable has been tremendously successful in the short time it has been in existence; Schull is not satisfied. That's because most of the 3-D prosthetics have so far been disseminated in developed countries like the United States and Europe. Schull's dream is to spread E-nable's reach globally so that it can help more children, especially the most impoverished. 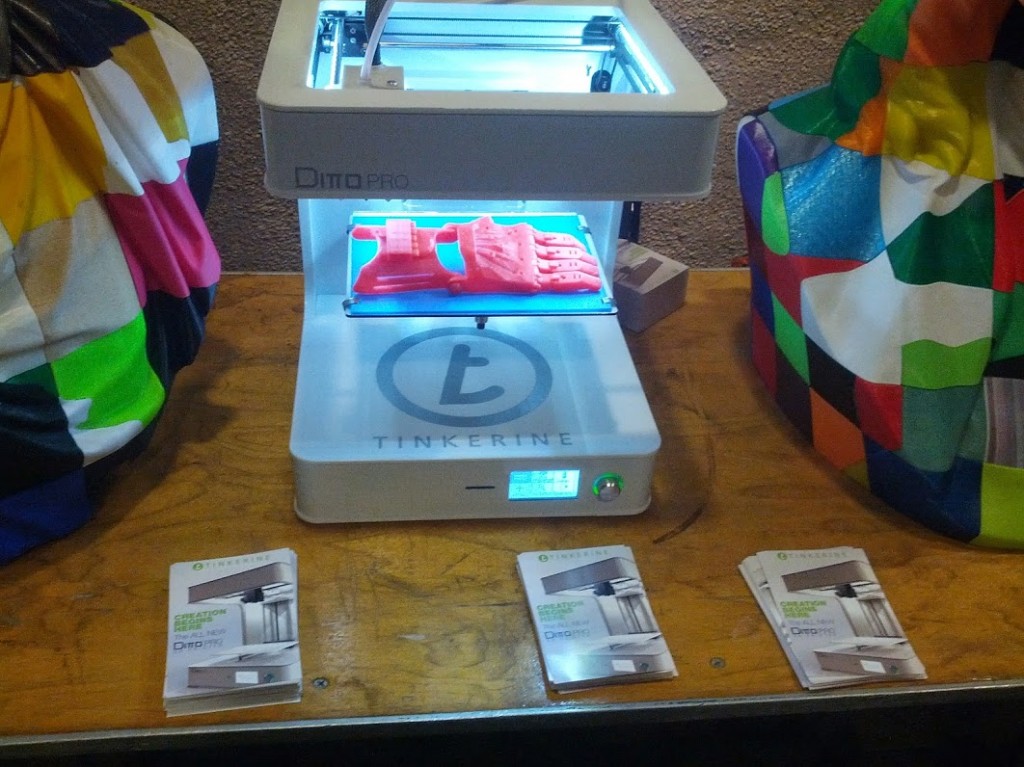 Accordingly, last December, a group of E-nable volunteers made their way to Haiti with a large number of pre-printed prosthetic hands. In addition to helping those in need, they also visited local hospitals and met with prosthetists and members of the Makerspace community in Port-Au-Prince, to share ideas about functional 3-D prosthetic designs.

Though the non-profit is currently focused on hands and fingers, the potential for programs like E-nable is limitless. 3-D printing can also be used to create other artificial limbs including arms, legs and even eyes!