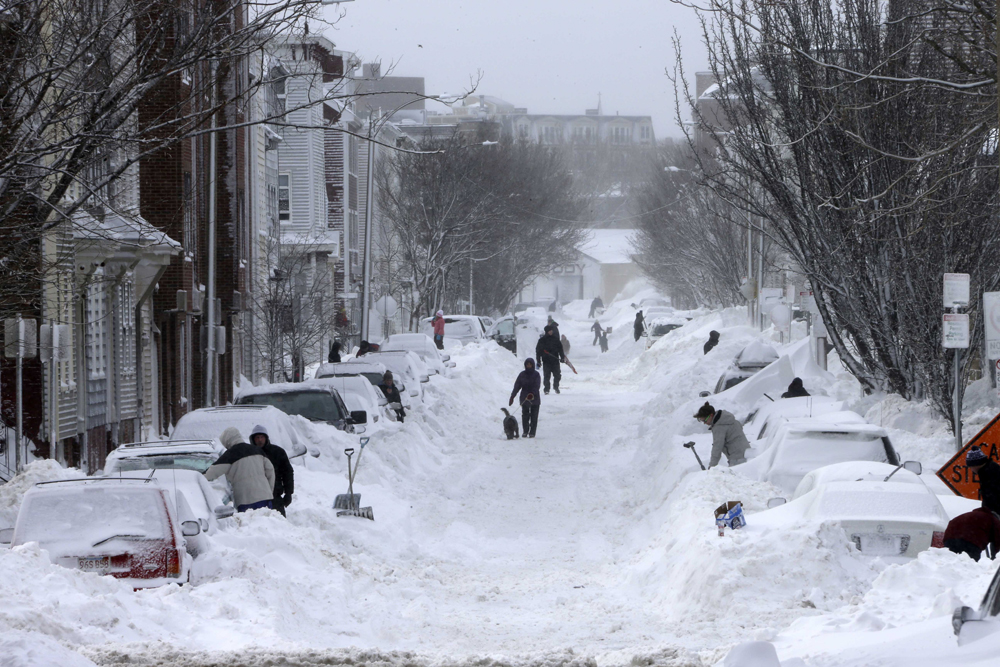 Though the 2015 winter has been brutal for many East Coast cities in the United States, few have had it as bad as Boston. The city was bombarded by an astounding 7.5 feet of snow, caused by four blizzards that rammed through the area in just three weeks. With spring still a few weeks away, the foul weather is not expected to let up anytime soon. While the dreary prospects would be enough to dampen the spirits of most, hardy Bostonians have opted to embrace the excess white fluff and enjoy it in some unusual ways. 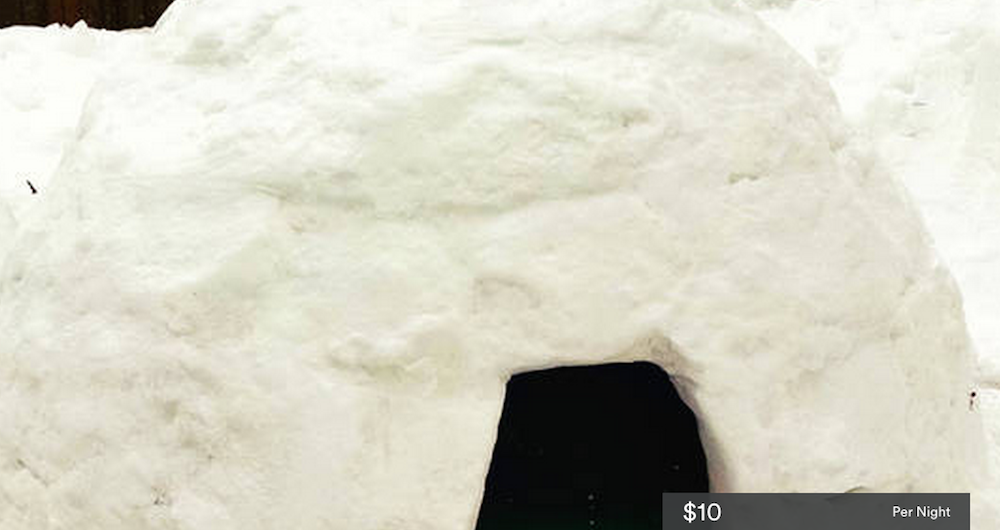 In Cambridge, an enterprising resident named Pier is offering a man-made igloo for an affordable $10 a night on rental site Airbnb. According to the posting, the icy structure that comes with a Tarp and yoga mattress is perfect for one but can even fit two, if they are willing to spend the night curled up. Since the igloo is not heated, Pier does recommend a sleeping bag if the renter wishes to spend a comfortable evening.

At the Massachusetts Institute of Technology campus, a five-story mound created from the dumping of excessive snow has been transformed into a winter wonderland. Residents who have dubbed it "The Alps of MIT" or "Mount Cambridge" are completely disregarding the "No trespassing" signs, as they ski and sled down the man-made mountain. Some are even using it to brush-up on their "mountain-climbing" skills by climbing all the way to the top, with professional gear in tow. 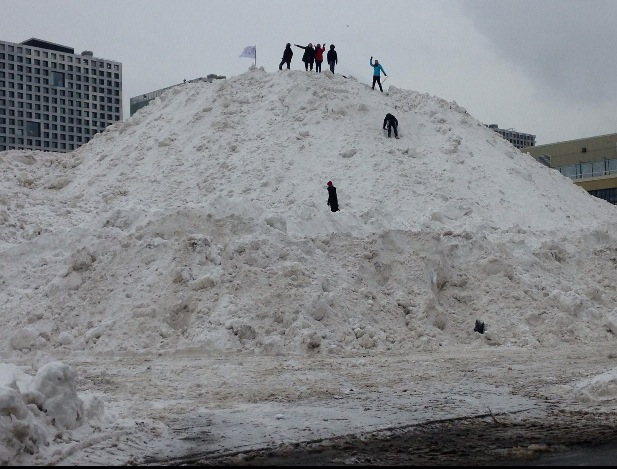 Former Louisiana State All-American swimmer Julius Gloeckner decided to test his skills by trying to "swim" in the three-feet of snow that lay outside his home. Then there is an unnamed couple that was seen having a drink around a cozy fire, inside a man-made snow pit. There have also been a few Yeti sightings - In keeping up with modern times, some of the Abominable Snowmen even tweeted as they traversed the almost empty snow-covered streets. 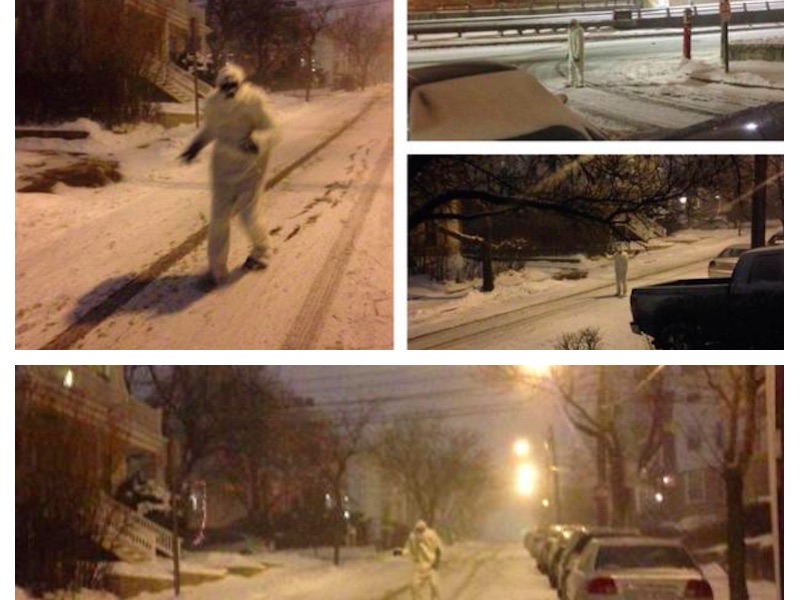 While most of these antics are just fun and harmless, there is a new craze that is alarming city officials. Called the "Boston Blizzard Challenge," it entails residents trying to outdo each other by jumping into the snow from their windows, patios, and even roofs. Though it may look perfectly harmless given the large piles of snow, officials are apprehensive about the potential for injuries. 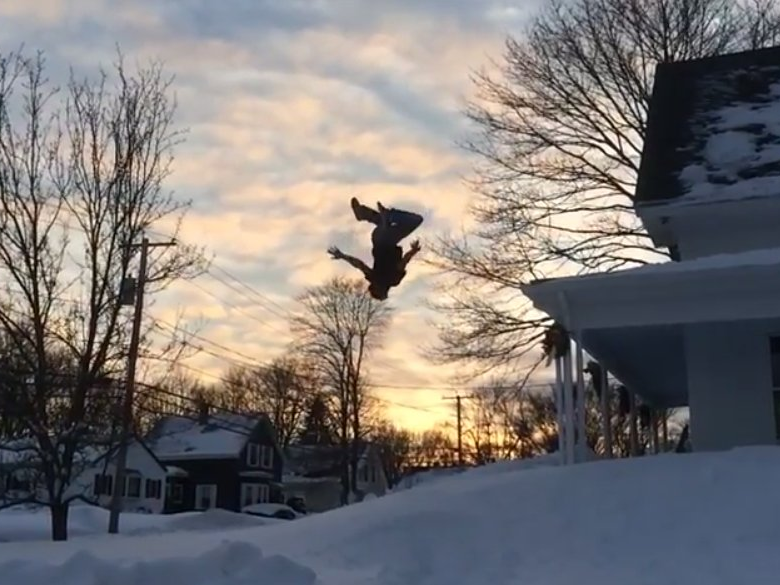 Their biggest concern is that residents will encounter sharp buried objects or underestimate the depth of the snow and hit the ground harder than they anticipate. To try stop this craziness that appears to be taking over the city, Boston's Mayor Marty Walsh held a special press conference on February 17th and urged people to "stop their nonsense right now." Hopefully, Bostonians will heed the warning and stick to safer activities like skiing and sledding on the snow-laden city streets!