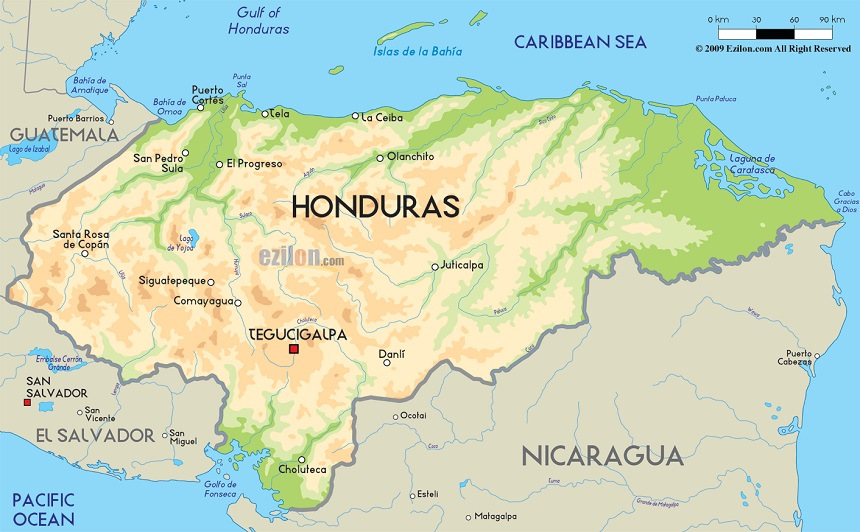 It sounds like the plot from a National Treasure movie, but this time, the discovery of an ancient city in Central America is real! On February 25th, researchers emerged from La Mosquitia, a very remote jungle area of Honduras, with some incredible news. They had been able to locate the mythical “White City,” rumors of which have persisted since the 16th Century.

For years, explorers have told of stories of catching glimpses of white structures jutting from the top of the dense jungle foliage. In 1928, aviator Charles Lindberg reported seeing “an amazing ancient metropolis” during a flight over Central America. A few years later, anthropologist, W.D. Strong, made an expedition to the same area and claimed to have found a "lost" city that was about five square miles long. 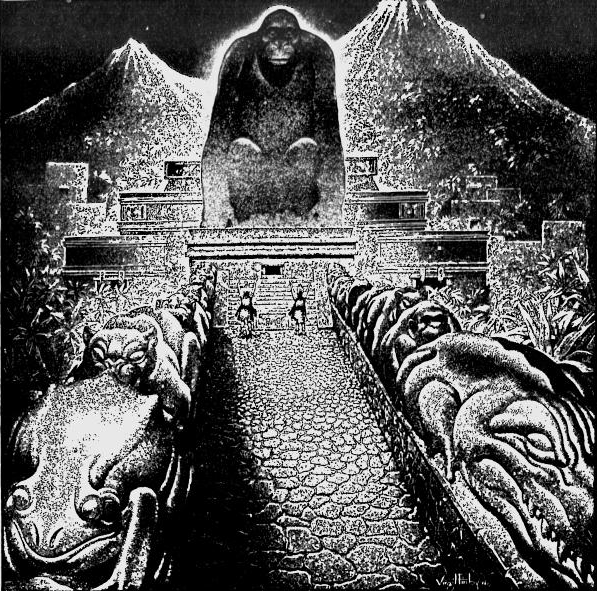 The most famous declaration of the discovery was by American explorer Theodore Monde. The adventurer called it the "City of the Monkey God" because of local folklore about a giant, buried statue of a monkey God. He also substantiated his claim with artifacts that he had purportedly brought from this mythical city. Unfortunately, he died before revealing the exact location. Since the area is known for its treacherous terrain of jungle swamps, rivers, and mountains no one has been able to confirm any of the claims until now.

In 2012, documentary filmmakers, Steve Elkins, and Bill Benenson decided to locate the White City with the help of modern technology. They used a search plane equipped with University of Houston's groundbreaking LiDAR (Light Detection and Ranging) system to fly over the area where the city was rumored to be. Sure enough, the cutting edge technology that uses laser pulses to “see” through the dense rainforest foliage revealed a spectacular image that clearly depicted a mile-long, archeological site. 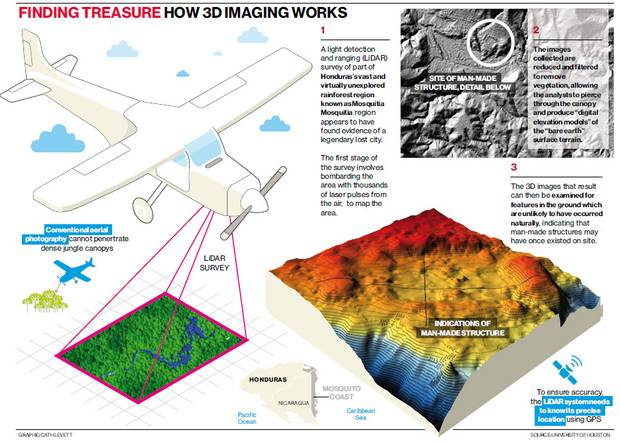 Once the exact location of the elusive site was confirmed, Elkins and Benenson assembled a group of experts to verify LiDAR’s aerial findings. They included archeologists from the U.S. and Honduras, a LiDAR engineer, an anthropologist and even British soldiers trained in jungle survival skills. Also in tow was an ethnobotanist as well as a writer and photographer from National Geographic who helped chronicle the find. The team set up base in a small town on the outskirts of the jungle and used the military helicopter at their disposal, to fly back and forth from location of the ancient city.

Though the endeavor took two years to plan and execute, it was well worth it. Among the ruins found are plazas, stone statues, ceremonial seats, vessels decorated with intricate animal carvings and even an earthen pyramid! In all, the researchers documented 52 artifacts still partially buried in the ground. According to lead archeologist, Chris Fisher the most spectacular discovery was the head of a statue believed to be were-jaguar. Researchers are divided about what the artifact symbolizes. Some think it might be a representation of a Shaman or spiritual leader, transformed into a spirit state. Others speculate that because the were-jaguar is wearing a helmet, it represents ball games that were known to be popular in the pre-Columbian society. 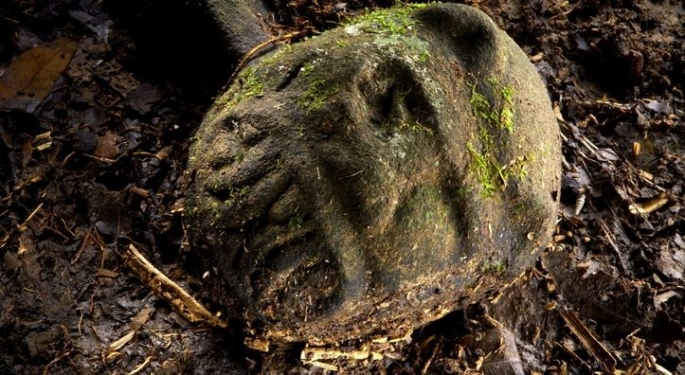 Archeologist Oscar Neil Cruz from the Honduran Institute of Anthropology and History estimates that the discovered artifacts hail from A.D. 1000 to 1400. The finds have led experts to believe that what has been discovered is not just an isolated city, but an entire civilization with numerous cities. What's exciting is that unlike the nearby Mayan ruins, scientists have no idea who these ancient people were.

The icing on the cake was the native wildlife, who had most likely never encountered humans before, wandered unafraid through the camp set up by the team. As Christ Fisher succinctly put it, “To be treated not as a predator, but as another primate in their space was for me the most amazing thing about this whole trip.” 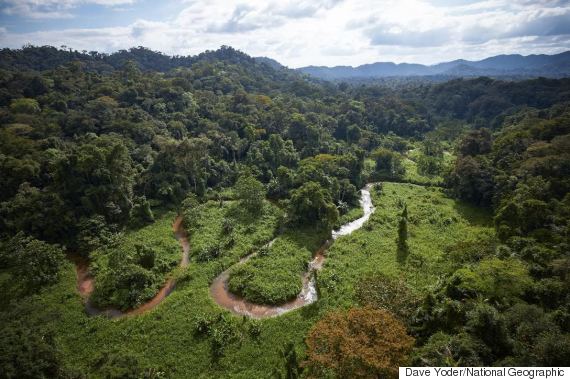 The exact address of the newly discovered ancient city is being kept a secret for now. Scientists are afraid that if the location is revealed, looters will destroy the precious artifacts that have lain undisturbed for centuries. However, that will not shield "White City" from illegal deforestation by cattle ranchers who are within twelve miles of the ancient civilization. Honduran officials who do not have the financial resources or expertise are hoping to garner international support to help protect this incredible piece of history.