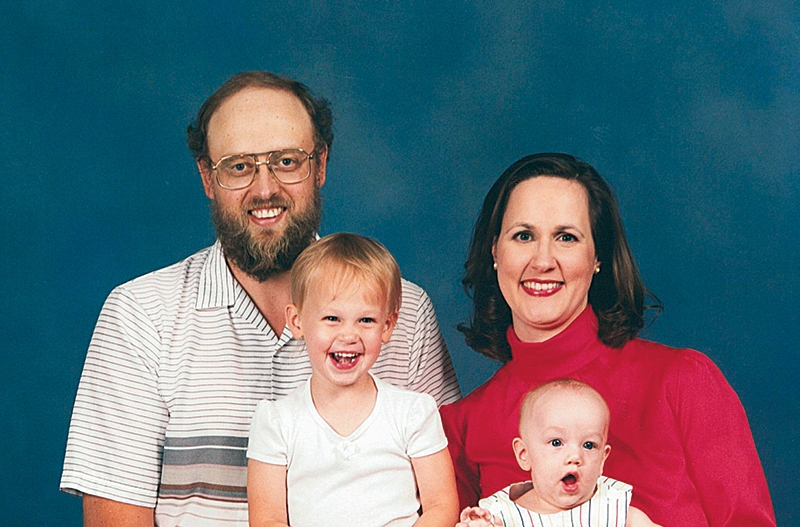 In 1996, Jan Scheuermann, a successful businesswoman and mother of two, began to notice her legs were not quite moving along with the rest of her body. A visit to the doctor revealed that she suffered from spinocerebellar degeneration, a rare genetic disease where the brain gradually loses connection to body muscles. By 2003, Jan had lost all ability to control her limbs and was paralyzed from the neck down.

The 55-year-old's life changed in 2012 after she was selected for a neuromotor experiment run by University of Pittsburgh Medical Center in collaboration with the U.S. Defense Advanced Research Projects Agency (DARPA) Prosthetics program. The scientists began by developing two-quarter inch square electrode grids with 96 contact points that would help relay messages from the brain to a hi-tech robotic arm. In February 2012, after scanning Jan's brain to determine the optimal position, the researchers implanted the electronics into her left motor cortex, the part of the brain that controls the right arm and hand. 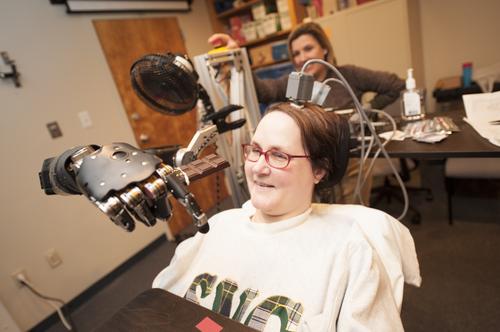 After just a couple days of training with the prosthetic, Jan was able to maneuver the arm that she nicknamed Hector, using her mind. Within a week, she learned how to fine-tune the movements further, moving the arm in and out, left and right and even up or down, at will. By December 2012, Jan could instruct Hector to grasp blocks, cones, and balls and perform fluid movements similar what normal people can do. She was even able to fulfill her dream of using her robotic arm to eat dark chocolate!

What stunned researchers was that Jan could control both her left and right side, using the left motor cortex. That's because for most people the brain is oriented such that the right side of the brain controls muscles on the left side, while the left side directs the ones on the right.

Believing that she was capable of a lot more than just moving a robotic arm, DARPA Director Arati Prabhakar, decided to give Jan a new challenge. The researcher disconnected her brain's interface from the robotic arm and connected it to a digital F-35 Joint Strike Fighter simulator. While all pilots use simulator technology to train, they usually have two functioning hands and a joystick to assist in their maneuvering actions. Jan had to control the digital plane with just her thoughts.

But this amazingly strong woman was able to accomplish the task at hand, successfully flying not only an F-35 flight simulator but also a single-engine Cessna on the screen before her. Prabhakar, who revealed the astonishing achievements at a February 24th Security Conference, said she was stunned at the results especially since Jan is not a pilot and has never received any formal aviation training.

While this revelation has led to some fears that DARPA is leaning toward developing mind-controlled drones, the security agency says the speculation is baseless. They maintain that their interest in such experiments is primarily to develop better prosthetics to enable injured veterans to gain more independence. This experiment has just allowed them to make some unprecedented discoveries in the brain’s ability to adapt to implanted sensors. 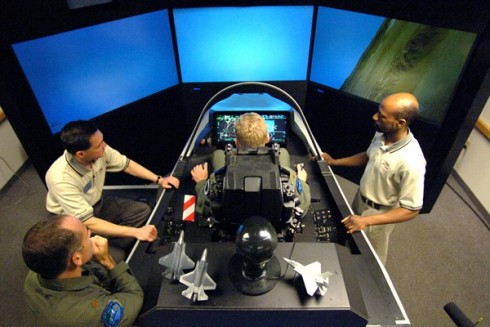 Besides, though Jan did successfully control the flights, the airplanes’ pathways were jerky and shifted unpredictably, both horizontally and vertically. This lack of predictability would make mind-controlled flying impractical for military operations that require precise accuracy to avoid enemy gunfire.

Regardless of what DARPA's real motive, the ability to manipulate objects with one’s mind is truly a testament to a new era in which brain power is no longer confined to the human body. As Prabhakar, noted, “We can now see the future where we can free the brain from the limitations of the human body.”