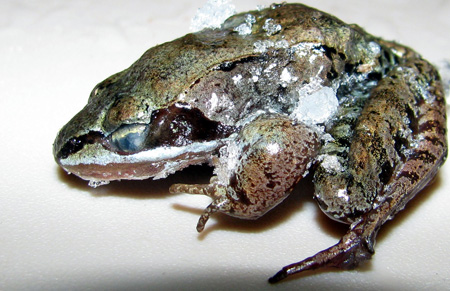 Most animals that hibernate during cold winter months have thick coats of fur or layers of fat to protect them. However, the Rana sylvatica species of the wood frog that can be found in Alaska and the Arctic Circle has neither. Therefore this tiny amphibian has adapted by freezing and thawing itself depending on the external temperature.

Of course, the clever animals don't freeze solid, just 60%. This is enough to stop their hearts from beating and blood from flowing through their bodies. While Don Larson, a graduate student at the University of Alaska, Fairbanks, and other scientists have known about the frog's survival technique for some time, they were not completely sure how the tiny amphibians pulled off this trick.

Curious to find out Larsen teamed up with Brian Barnes, the director of Arctic Biology at the University of Alaska for a thorough study of these amazing creatures. Unlike previous studies which have largely been conducted in the laboratory, this one involved observing the frog's behavior in the wild. Larsen and Barnes tracked 16 frogs for two years with the help of tiny electronic devices glued to their backs.

What they discovered was eye opening. The tiny frogs don't just freeze and thaw at will. They instead prepare for it in a very systematic fashion. In early autumn, when the temperatures drop to freezing at night but thaw during the day, the frogs follow a similar pattern. This allows them to convert the glycogen stored in their liver into glucose. Since they don't completely thaw during the day, much of the glucose released remains stored in their bodies. By the time winter rolls around, most frogs have gone through 10-15 freeze-thaw cycles allowing them to accumulate large amount of glucose inside their cells.

A similar study conducted by Jon Costanza, a Department of Zoology at Miami University in Ohio, showed that the Alaskan wood frogs also have a higher amount of urea than those that live in the warmer regions. The glucose and the urea act as cryoprotectants - substances that lower the freezing temperature of the animal's tissues and hence prevent their cells from losing water. Larsen believes that it is the concentration of these two substances that enables the frogs to transform into their semi-frozen state.

Normally, when living beings, including humans are exposed to subzero temperatures for long periods of time, the water in their tissues turns to ice. As the tissues try to suck water from the surrounding cells, it causes the cells to get dehydrated and eventually die. Larsen likens the phenomenon to the potato and salt experiment saying that, "If you put a potato in salty water, the whole potato kind of shrivels up because all the water from the potato goes to the higher concentration of salinity, but if you add a bunch of salt to a potato, it would retain its water."

The researcher, therefore, believes that by sweetening their cells with glucose and increasing the amount of urea, the frogs are able to retain or 'freeze' their cell water, helping them survive. When spring arrives and the warmer temperatures thaw the frogs, the leftover glucose transforms to glycogen and the excess urea gets excreted. While these findings were certainly revealing what surprised the researchers even more was that all 16 wood frogs managed to survive the extraordinarily cold temperatures they were exposed to, during the two-year study. 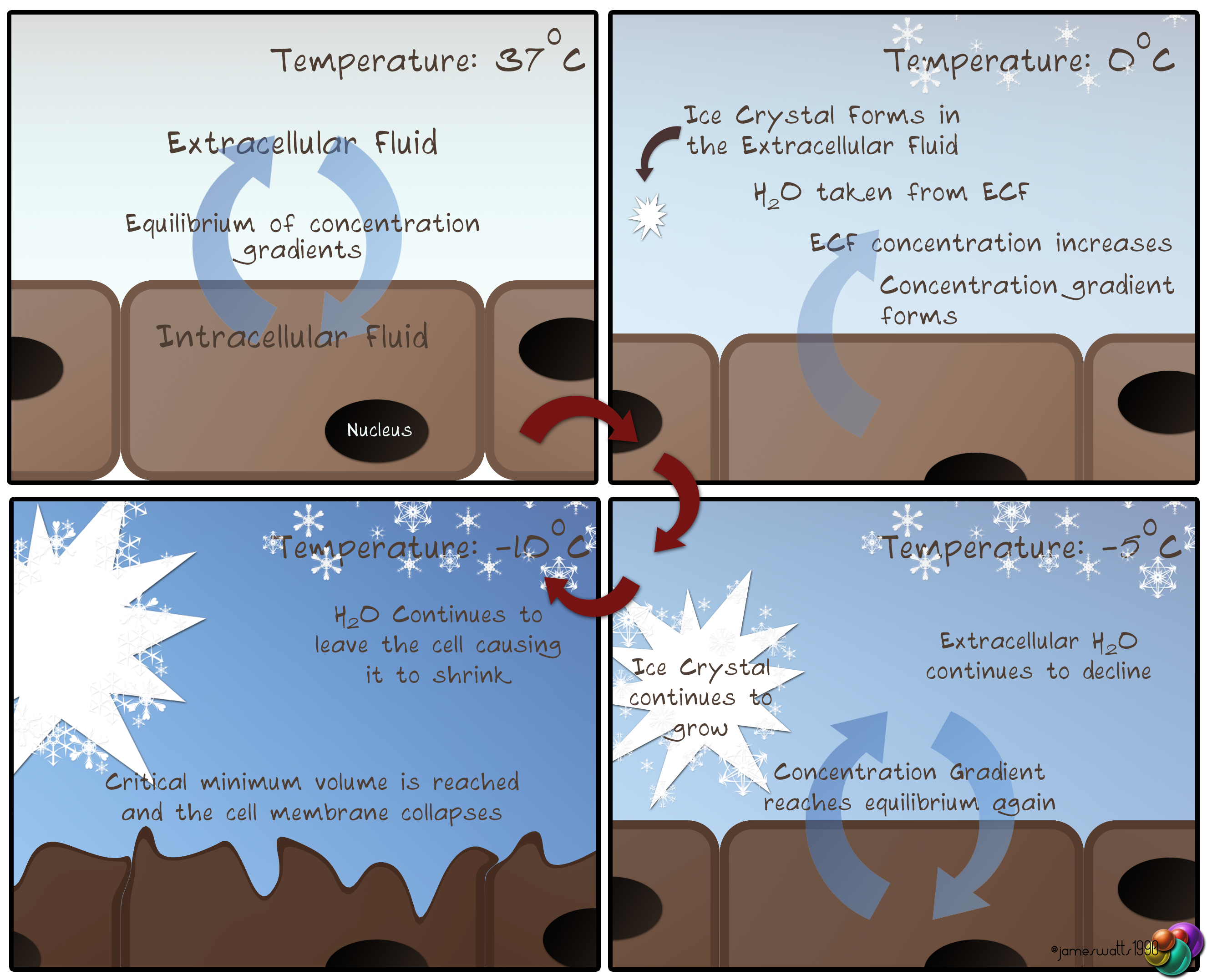 While some of the information in Larsen's study that was published in the Journal of Experimental Biology in 2014, was previously known, it gives new insight into the role played by glucose in frog's survival. It also revealed that the frogs lived longer and survived even more extreme temperatures than had been previously believed. Larsen now plans to investigate if the wood frog's freeze/thaw technique also helps kill the parasites that live in its body allowing the amphibian to live longer. 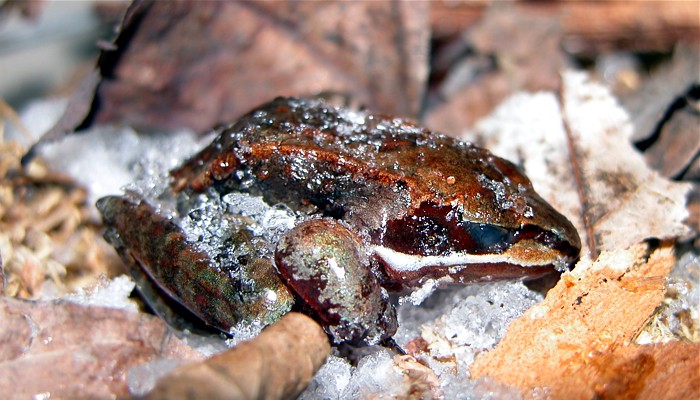 Jon Costanza, who has been studying the amphibians for 25 years, believes the frog's clever technique could be adapted to freeze human organs available for transplant. The researcher at the Department of Zoology at Miami University in Ohio, says this would be tremendously helpful since it would allow doctors to transport organs where they are urgently needed, which is not possible today.