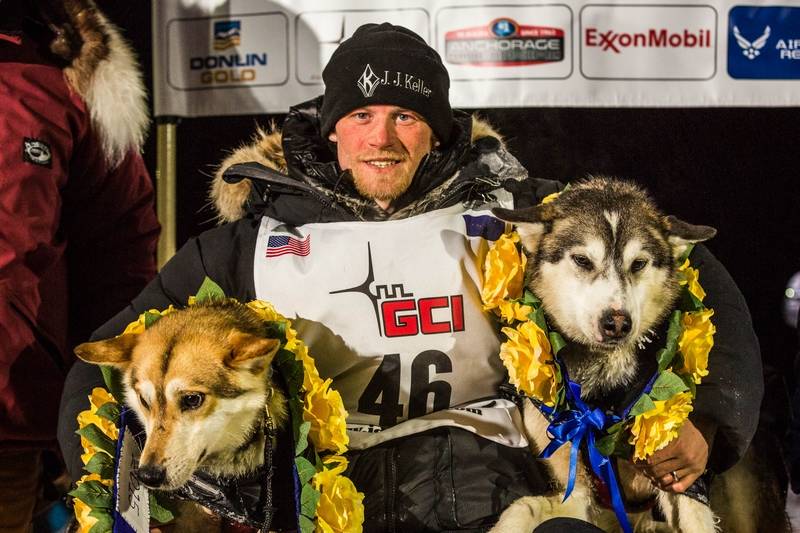 For most mushers, even completing the Iditarod aka the Last Great Race On Earth, is a big achievement. But don't tell that to Mitch and Dallas Seavey. They have dominated the thousand-mile sled dog race across Alaska for the last four years. 28-year-old Dallas, who took top billing in 2012 and 2013, was once again the first to cross the finish line in Nome at 4.13 am on Wednesday March 18th.

His 55-year-old father Mitch Seavey is no slouch. He has won the grueling race twice - in 2004 and 2014. This year, the two established a new Iditarod record by becoming the first father-son teams to finish back to back.

Now in its 43rd year, the 1,000-mile race across Alaska was started for two reasons. The first was to preserve the historical Iditarod Trail used by twenty mushers and their dogs to transport a diphtheria serum from Anchorage to save the isolated town of Nome from an epidemic. The second and more important one was to save Alaska's sled dog culture that was increasingly being replaced by snowmobiles. 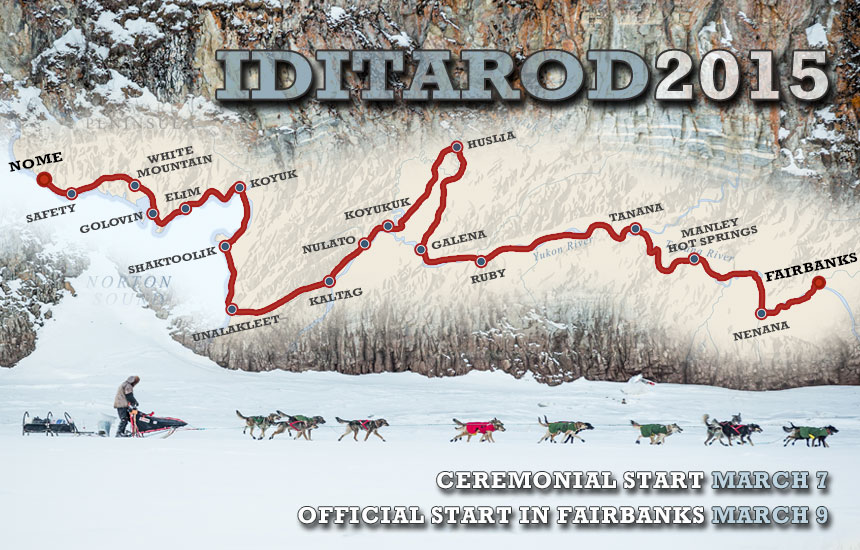 While race usually takes place on one of two routes along the historic Iditarod trail that runs from Anchorage to Nome, this year was different. The lack of snow in the Alaskan range forced the organizers to move the official start from Willow to the town of Fairbanks that lies 300 km away. However, the slight inconvenience and a new route did not appear to faze the 78 mushers and their dog teams who were raring to get going on March 9th.

Among them was legendary musher Lance Mackey. The experienced competitor who has won a record four Iditarods encountered major challenges this year. A mishap caused him to lose his mittens forcing Lance to sled over 200 miles with his hands exposed to temperatures as low as -50°F. By the time Lance arrived at the Tanana checkpoint, his hands were numb and swollen. This made it impossible for him to put booties on his dog team. If that was not bad enough, Lance also lost two precious canine team members along the way.

Fortunately, his younger brother Jason who was also competing, arrived shortly after and the two decided to tag team all the way to the end. They completed the race on March 21st, crossing the finish line within 20 seconds of each other. 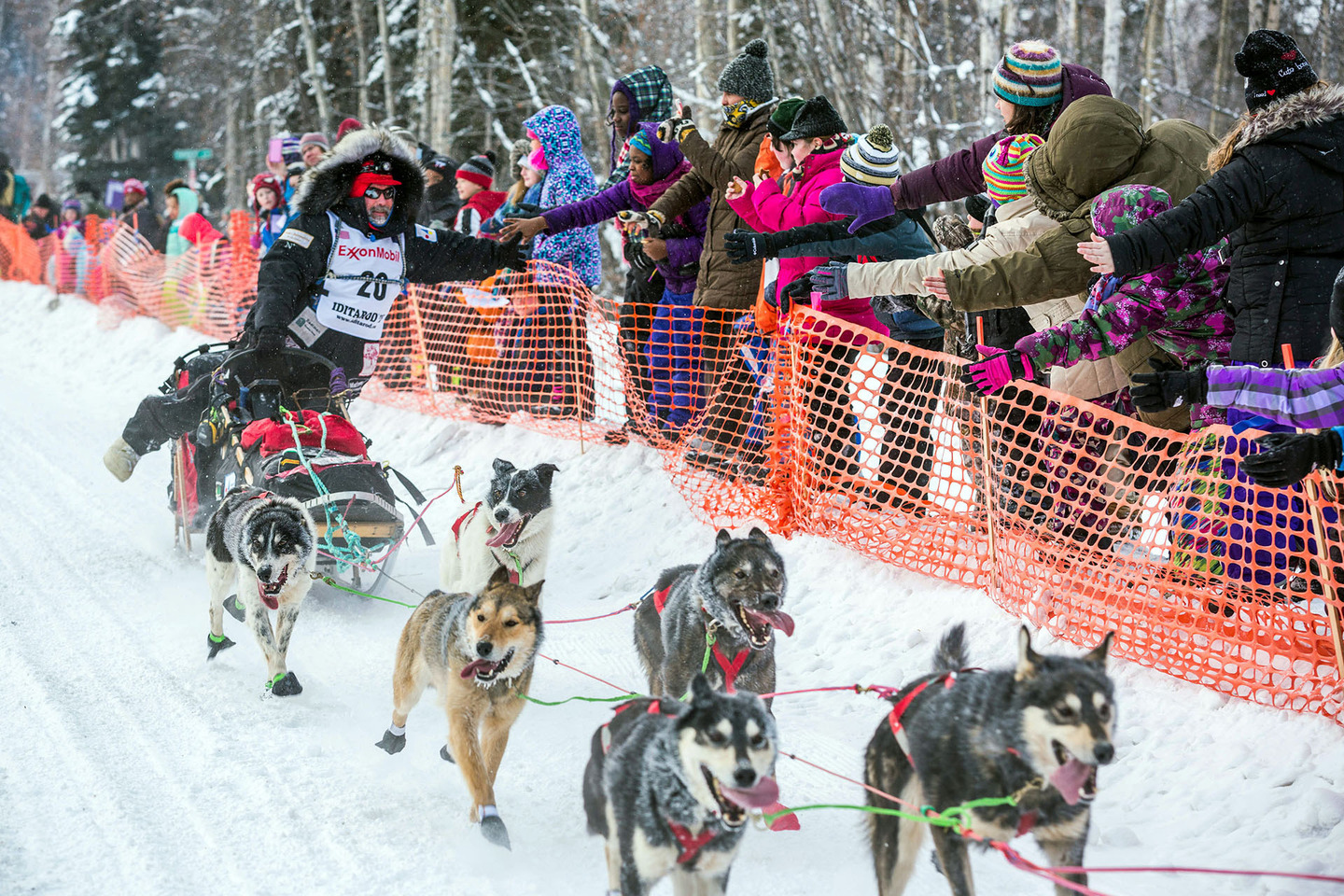 However the setbacks did not stop Lance from assisting fellow competitor Scott Janssen whose troubles began when he was just a few hundred miles away from the finish line. After losing the trail, Janssen was forced to spend over 12 hours stranded in ice in one of the worst blizzard's he has ever encountered. By the time the search and rescue (SAR) team found him, the musher was hypothermic. While the SAR team was able to rescue Janssen they were forced to leave his team of dogs behind.

Hence you can only imagine Janssen's surprise and joy when Lance Mackay showed up with all his 11 dogs in tow. Mackay says that Janssen's loyal dogs who had no idea where their master was, refused to budge even in the extreme cold. It was only when he whispered the words "Let's go find dad" that they agreed to go along with him.

For Chuck Schaeffer, the third time proved to be the charm. After two unsuccessful attempts in 1985 and 1991, the Willow resident finally fulfilled his dream on March 21st, when he arrived in Nome following a grueling 12 days 4 hours and 24 minute journey. 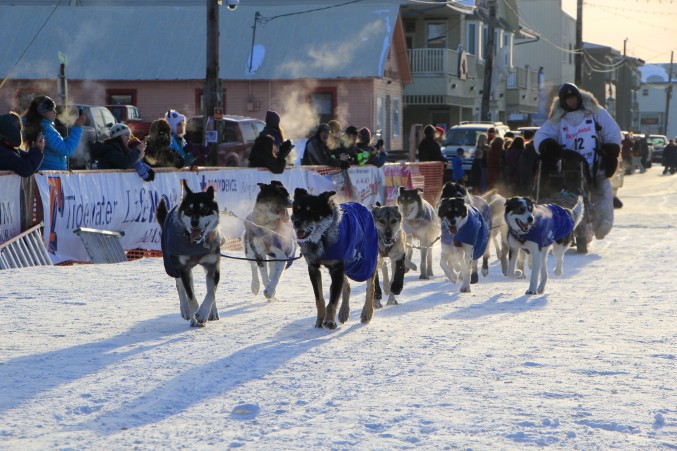 All in all 66 mushers managed to finish the tough race this year. Dallas Seavy took home the top prize of $70,000 and the keys to a new pickup truck. The remaining $600,000 USD purse was split among the rest on a sliding scale with the bulk of it earned by the top 30 winners. Of course, the prize money is never the primary reason competitors participate in this extreme event year-after-year. Most do it for the bragging rights of having competed in 'Last Great Race On Earth'.

Also, while humans get the glory, it is the brave dogs that cover as much as 100 miles a day on all kinds of harsh terrain, which are the true heroes. Though there are several sled dog breeds that can be used, the most popular is the Alaskan Husky, which is well-known for its endurance, speed and reliability. 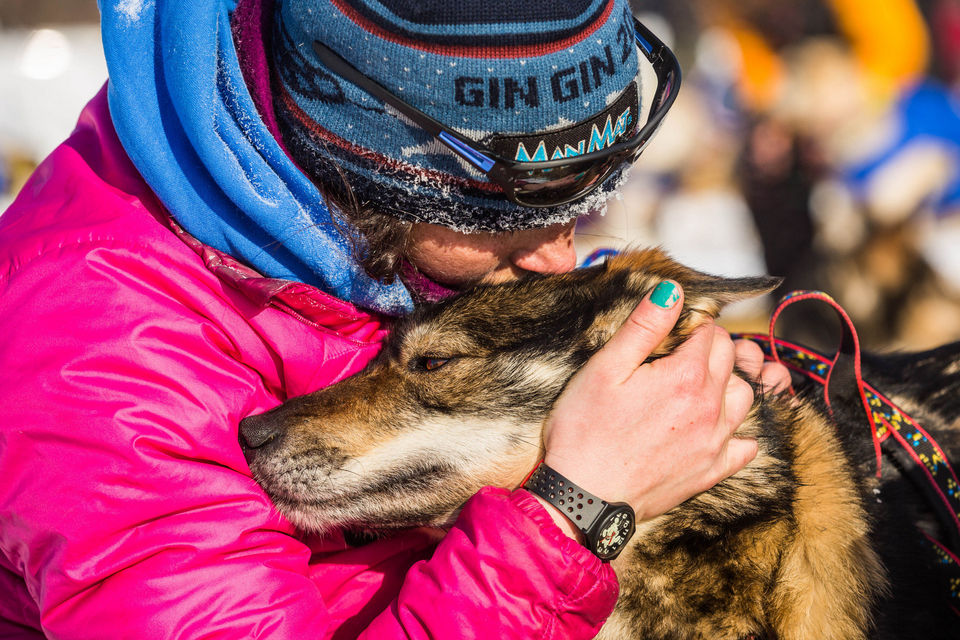 Though the spirit of the Iditarod remains intact, a lot has changed since the first race was held 43 years ago. For one, the leading contenders are all professionals who are financed by corporate sponsors and spend all year training for this and other similar races. The participants are also equipped with high-tech outdoor equipment like custom-built sleds. Global Positioning Devices (GPS), allow officials to track mushers at all times and come to their aid if necessary.

WeekMonthYear
1.
Darius, The World's Longest Bunny, Has Gone Missing!31.8k reads
2.
15 US States Are About To Get Inundated With Billions Of Noisy Cicadas23.6k reads
3.
The Kitefin Shark Is The World's Largest-Known Luminous Vertebrate16.1k reads
4.
Andy Duran's Chub Rollz Is Determined To Defy Physical Stereotypes15.9k reads
5.
The Holy Month Of Ramadan14.6k reads
Sign in or Sign Up
for unlimited access to Assignments
Name:
Date: