With winter drawing to a close, at least according to the calendar, it is time for North Americans to "spring forward." This means that on Sunday March 8th, most residents will move their clocks ahead by an hour. Known as Daylight Saving Time, this age-old ritual dates all the way back to World War I.

The first person to suggest the time change was Benjamin Franklin, who pondered about it in a letter written to the editor of the Journal of Paris in 1784. Over a hundred years later, in 1895, New Zealand entomologist and astronomer George Vernon Hudson, presented a paper to the Wellington Philosophical Society, in which he suggested a two-hour shift. His motivation was to get extra daylight hours to spend on his favorite hobby - collecting and examining insects. However, it was not until 1907, when British resident William Willett marketed it as a way to save energy, that changing the time was seriously considered. 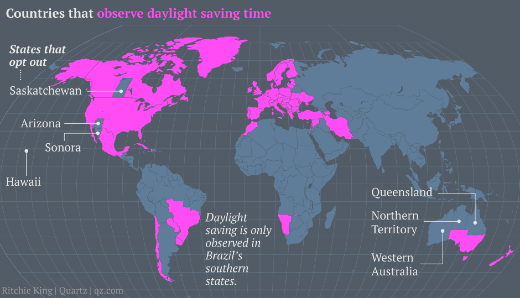 Even so, it took British officials another nine years to make it a law. United States followed a couple of years later to enable World War One soldiers to get extra combat time. Once the war ended, the time change was repealed only to be reinstated again for the duration of World War Two. It was not until April 1966, that 'Daylight Saving' became a permanent fixture on the American calendar. This time around it was rationalized as a way to conserve energy and provide farmers additional daylight hours to take their fresh produce to market. However Hawaii and American Samoa, as well as, some cities in Arizona, opted out

Over the years, many countries all around the world have joined in the tradition. However, while most still change their clocks at the end of March or April, Americans keep bringing the date forward. Former President Ronald Reagan started the trend in 1986 when he moved Daylight Saving from the last to the first weekend in April. In 2005, George W. Bush, not only moved up the "spring forward" date to the second Sunday in March but also extended the "fall back" date out an additional week in November. 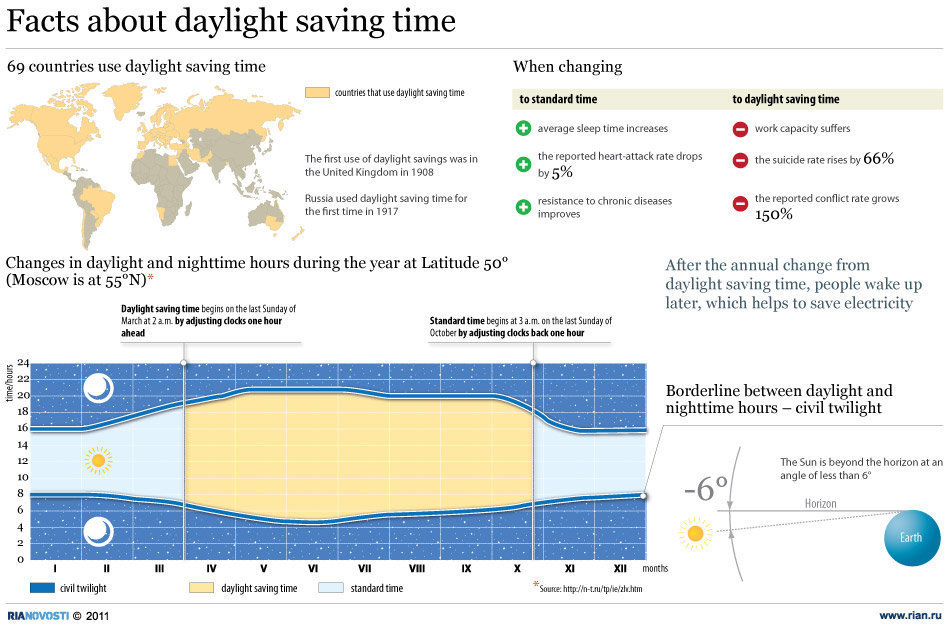 While these changes have helped reduce the long dreary months of winter by about five weeks (at least according to the clocks), there is now a growing movement to repeal time change. Elizabeth Scott, a Republican member of the Washington House of Representatives recently told the House committee that the time switches cause sleep deprivation, which she believes lead to accidents and numerous health issues.

In Idaho, House Majority Leader Mike Moyle put in a bill to end the state's Daylight Saving ritual. In his report, he says that it results in "disruption to families, businesses and individuals.” New Mexico Senator Cliff Pirtle’s proposal to abolish Daylight Saving has already been agreed upon by the Senate Public Affairs Committee. If it becomes law, 2015 will be the last time its residents will have to change their clocks.

While the inhabitants of these states may soon be relieved of the side effects caused by this odd ritual, the majority of us are stuck with it. We, therefore, have to learn to cope the best we can. According to experts, rising an hour or even two earlier every day leading up to Sunday, is a great way to get the body used to the change. They also recommend getting out in the sun on Saturday (if you are so lucky), so that the body can adjust to a longer day. Another trick is to take shorter naps than you are accustomed to.

But the most important thing of all, of course, is to remember to change those clocks maybe even before going to bed on Saturday night. And for those that need a little motivation, Krispy Kreme plans to continue its tradition of handing out a free glazed donut to everybody that visits their stores on Sunday. If that doesn't have you jumping out of bed in joy, we don't know what will!