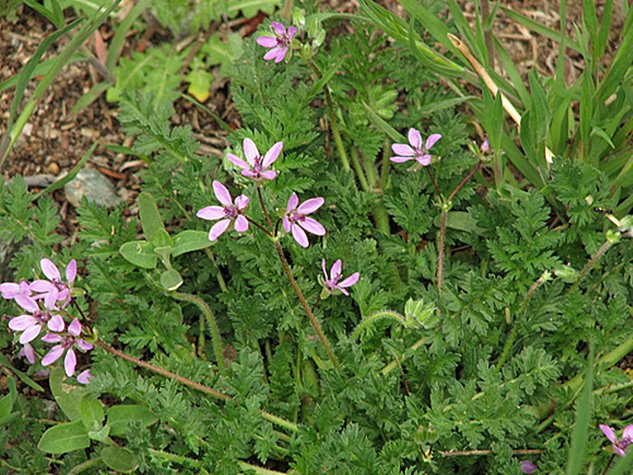 Plants typically use one of three methods to disperse seeds - wind, water, or animals. Not the Erodium cicutarium or as it is often called "stork's bill." This dynamic plant uses a powerful mechanism called "ballistic dispersal," to transport its seeds over 500 yards away. Though that is certainly impressive what happens after, is even more so.

Unlike the seeds of other plants that depend on the forces of nature for their survival, Erodium seeds take things into their own hands! They bury themselves in the ground with the help of an ultra cool drilling appendage that resembles a corkscrew. What's even more amazing is that it twists and untwists in response to changes in humidity.

Moist ground conditions causes the "awns" or bristles of dead tissue that act like a drill to swell and move in a clockwise direction, decreasing tension. When the bristles encounter drier conditions, they lose moisture and start to move counterclockwise, thereby increasing the pressure. This ingenious mechanism ensures that the seeds are buried well underground keeping them safe from being carried away by the wind or eaten by predators.

And it gets even better. The amazing stork's bill is not a pesky weed, but a fully edible plant that is rich in vitamin K. It can be eaten raw or cooked and is part of the staple diet of at least three Indian tribes: the Blackfeet, Shoshone and Digger Indians. Additionally, it is also favored by cattle, birds, rodents and even harvester ants who are known to carry off the seeds whenever they can find them. 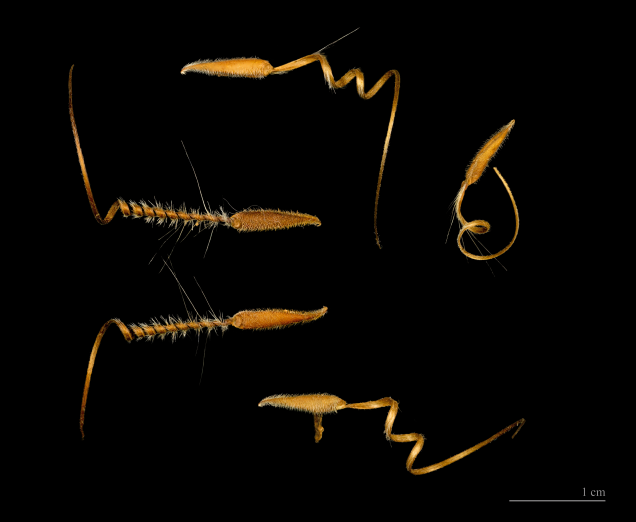 The plant can also be used as a green dye and unlike other sources does not need a mordant to help set the color. Its humidity sensitive bristles are useful as hygrometers and weather indicators. Additionally, a sprinkling of powdered plant on watermelon seeds has been shown to help prevent disease.

Though the stork's bill, which part of the geranium family can now be found across America it is not native to the continent. It was brought from the Mediterranean by the Spaniards. Also, while the plant's myriad uses have been known for some time, its drilling secret only came to light in 2011, thanks to a study led by University of North Carolina's Dennis Evangelista.