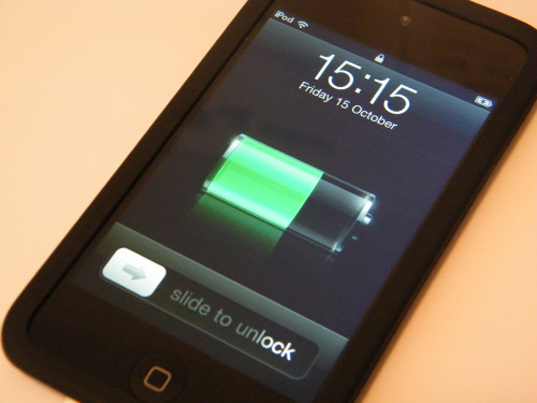 Over the past few years, researchers have come up with many innovative ways to use human kinetic energy - from powering soccer fields to playgrounds and classroom lights. Now some scientists want to take it to the next level with a new fabric that harnesses everyday motion to power personal devices!

The brainchild of a team of scientists from South Korea's Sungkyunkwan University and Australia's University of Wollongong, the electricity producing fabric takes advantage of the Triboelectric effect (TNG). Also known as friction energy it is the electricity created when two different kinds of surfaces rub against one another.

While this sounds complicated, it is something we have all encountered. Remember the age-old trick of rubbing your head on a balloon to make your hair stand up? That is the triboelectric effect.

To create the "wearable triboelectric nanogenerator" (WTNG), the researchers first layered the upper and lower side of the fabric with silver. They then inserted a polymer sheet covered with zinc oxide between the two. When the person wearing the clothing moves, the minuscule zinc-oxide rods rub against the silver coated cloth creating friction energy. The polymer picks up the electrons moving from one layer to another and uses the electricity generated to charge the electrical gizmos embedded in the clothing. In trials, the scientists were able to power a small screen, some LED lights, and a keyless car remote control.

Not surprisingly, multiple layers of WTNG were more effective at generating electricity than a single layer. What is impressive is that the material can capture energy from even the smallest of movements. This means that a user does not need to run a marathon for the technology to be effective. 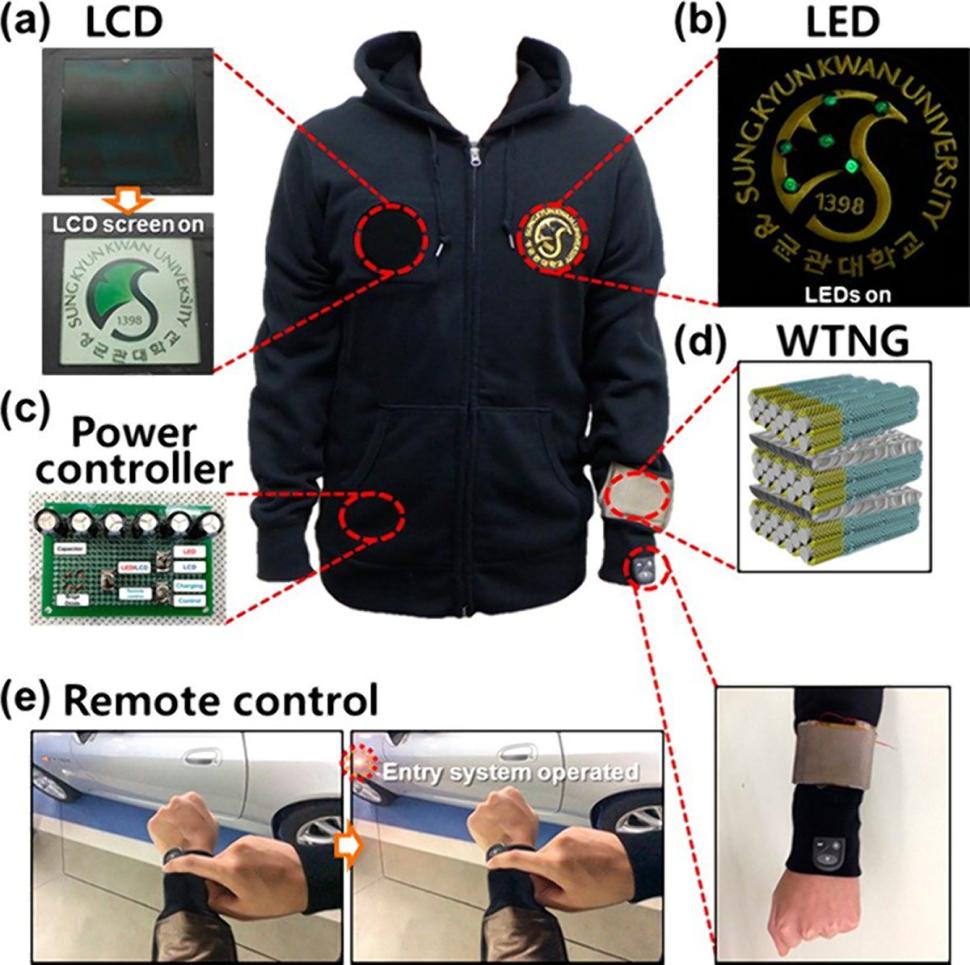 This is not the first attempt at creating TNG wearables. However, past renditions have been unsuccessful due to the short battery life and because the materials were stiff and therefore uncomfortable to wear.

The WNTG not only eliminates the need for batteries, but also looks and feels like a regular fabric. Another issue was that repeated wear or a trip to the laundry machine would wash away the silver and zinc coating. The researchers solved this problem by covering the layers with a thin film of plastic. In their laboratory trials they were able to use the fabric for more than 12,000 cycles.

Sang-Woo Kim and this team who reported their invention in the March ACS journal say that the fabric's use goes beyond charging personal devices. They believe it could also be useful in a range of biomedical and other personal healthcare gizmos that need a reliable power source.