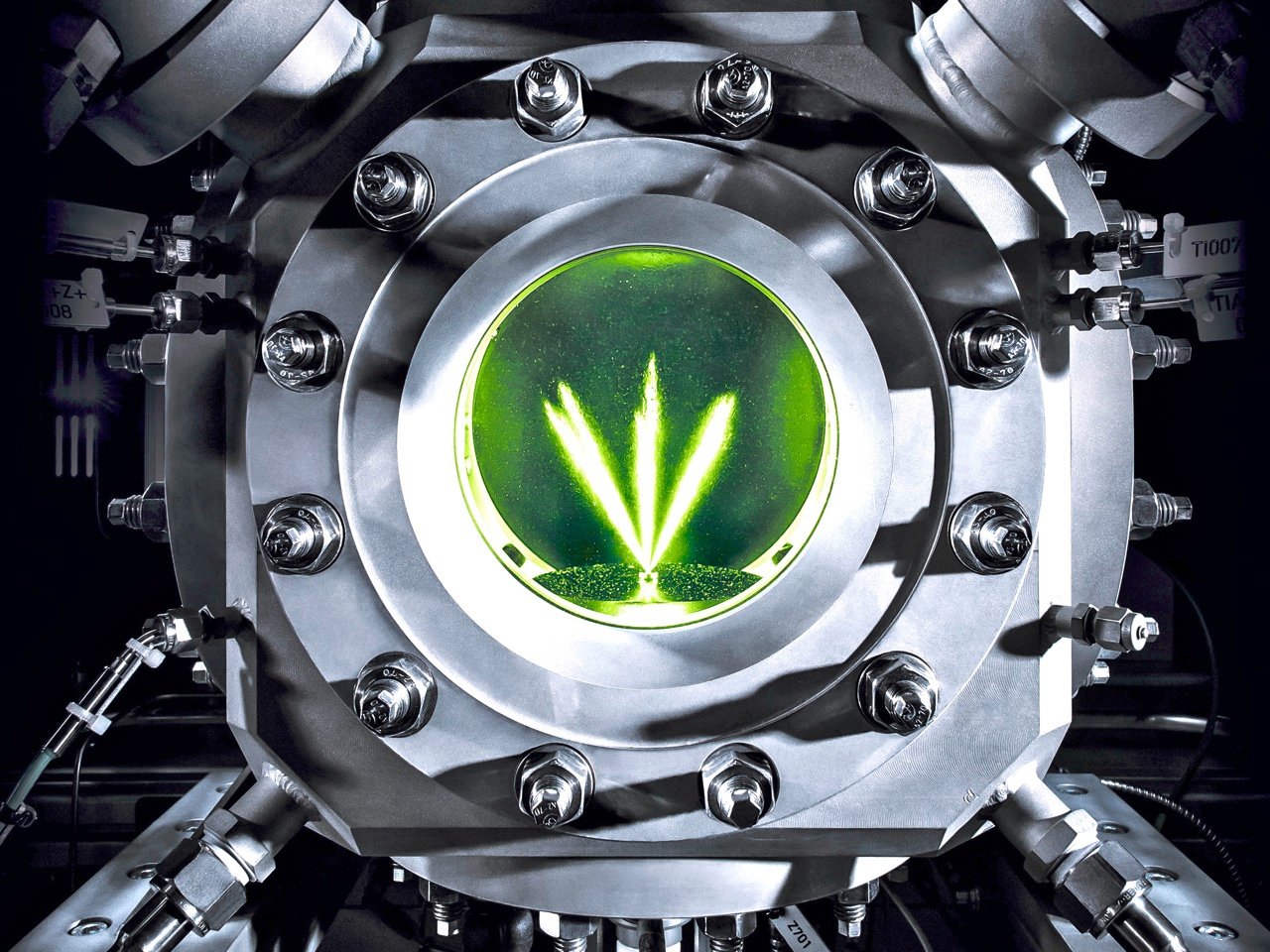 Creating an alternative green or carbon neutral fuel to replace gasoline has been the holy grail for scientists for many years. However, while there has been some progress with inventions like electric batteries and biofuel, most options are either too expensive or not commercially viable to compete effectively with the fossil fuel. Now automobile manufacturer Audi is stepping up to the challenge with a fuel made from carbon dioxide and water.

Called e-diesel, the fuel developed in collaboration with Dresden-based Sunfire, was created in a lab using a simple but innovative technique. The scientists began by boiling water to temperatures exceeding 800°C (1,472°) using a renewable source of energy like solar, wind or hydropower. The resulting steam was decomposed into its two constituents, hydrogen and oxygen with the help of electrolysis. The researchers then transformed the carbon dioxide to carbon monoxide. The hydrogen and carbon monoxide were piped into a reactor and subjected to extreme pressure and temperatures, to produce what scientists call long-chain hydrocarbons. This liquid that Audi refers to as "blue crude" was then refined in a similar way to standard crude oil to produce e-diesel. 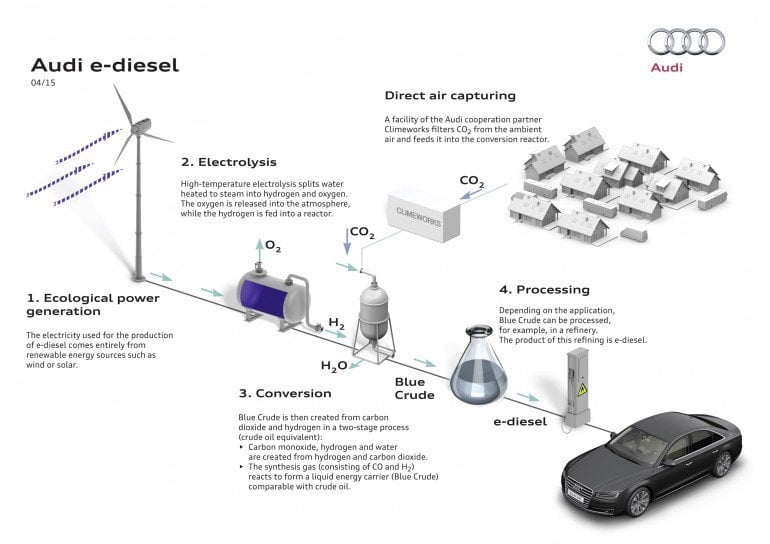 While most of the CO2 used in the production of e-diesel comes from a biogas facility, it also absorbs some from the surroundings, helping remove the harmful greenhouse gas from the atmosphere. According to the manufacturers, e-diesel has a net-zero carbon footprint. This means that it consumes the same amount of carbon as it creates. In contrast, every gallon of regular diesel adds 22.38 pounds of CO2 when burned.

While this alone should be enough to convince the world to use e-diesel, the manufacturers claim yet another attribute. According to Sunfire executive Christian von Olhausen, car engines run more quietly on e-diesel while emitting fewer pollutants. Another advantage? It can be mixed in with regular fuel for those wary of switching entirely.

But radical as it sounds there is one significant problem that still needs to be resolved. Similar to other companies like Britain's Air Fuel Synthesis, who made a similar breakthrough in 2012, the technology is hard to scale. Sunfire's Dresden facility is currently producing just 42 gallons of e-diesel a day - hardly enough to fuel the world. 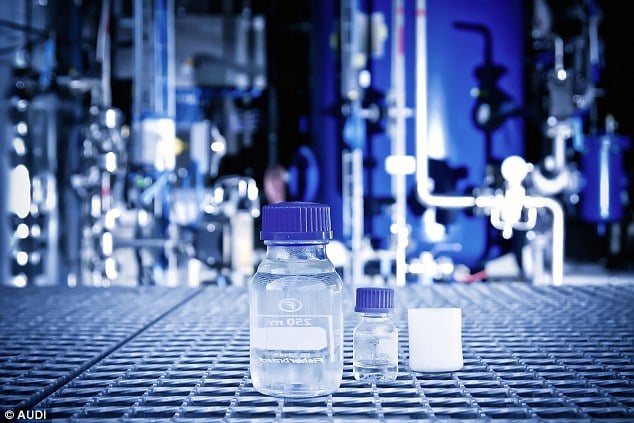 But Sunfire claims it's different this time. They believe they can scale and plan to prove it by partnering with Audi to build a bigger plant soon. If they succeed, Sunfire estimates e-diesel to retail at 1 to 1.5 Euros ($1.14 - $1.7 USD) per liter, making it competitive with regular diesel. However, critics are not so sure. They think one of the biggest hurdles to e-diesel being a viable alternative is the large amount of energy needed to create it. Experts don't think renewable resources like solar and wind will be able to fulfill the demand simply because that technology is still not as sophisticated.

E- diesel is certainly not the first attempt at making carbon neutral fuel, and it will by no means be the last. However, the development is certainly a step in the right direction for clean energy. As Johanna Wanka, Germany's minister of education and research states, "If we can make widespread use of CO2 as a raw material, we will make a crucial contribution to climate protection and the efficient use of resources, and put the fundamentals of the 'green economy' in place."