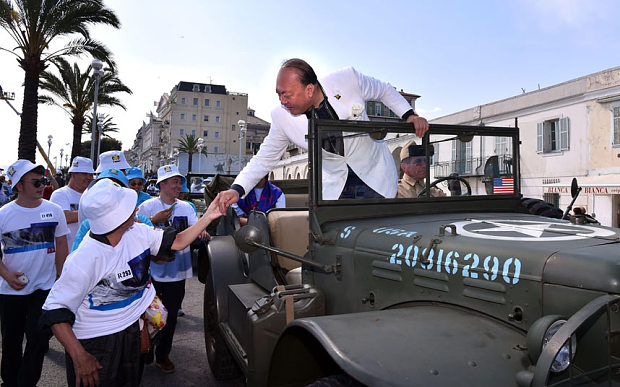 If there were a prize for the best boss in the world, it would be awarded to Li Jinyuan, the Chairman of China's Tiens Group Company. For how else can you acknowledge a leader who celebrates the company's 20th anniversary by treating 6,400 employees to an all-expenses paid trip to France?

The contingent arrived in Paris on May 6th aboard 84 commercial airplanes. They then made their way to one of the 4,700 rooms the CEO had booked for them at 140 of the city's finest hotels. After that began a two-day whirlwind tour, which included the Eiffel Tower, a private tour of the Louvre museum and even a show at the world-famous Moulin Rouge. 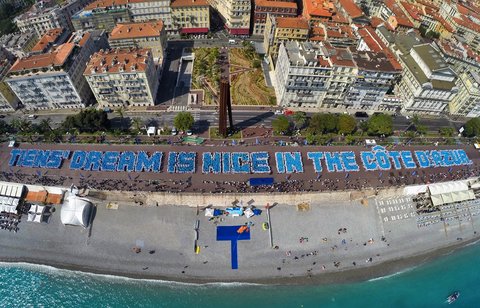 On Saturday, the visitors jumped aboard France's high-speed TGV trains and headed to the French Riviera to relax in one of the 4,760 rooms reserved at 79 hotels in Cannes and Monaco. They spent the morning shopping at the Galeries Lafayette, which had been opened exclusively for Tien employees.

The fun didn't end there! The group then headed to the Promenade des Anglais in Nice and lined up to spell out the phrase "Tiens' dream is Nice in the Côte d'Azur." In addition to looking spectacular especially from above, the feat also earned them a Guinness World Record for the longest sentence formed by humans. 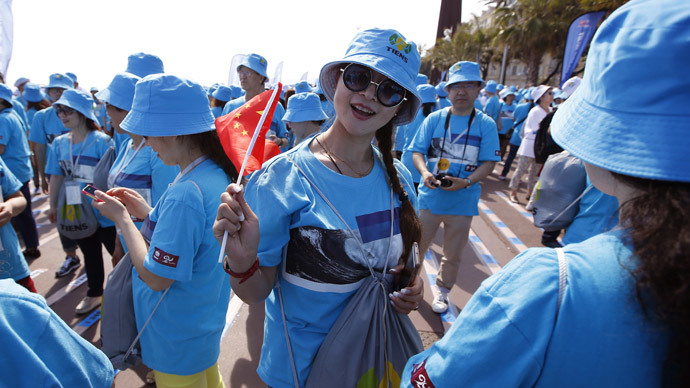 Christan Mantel, who heads the French tourism development agency, Atout France, said that the CEO spent $15 million USD during the four-day visit. He estimates that the employees spent an additional $5 million USD of their own money on shopping. It is no wonder the officials went all out to ensure that the trip went as flawlessly as possible. Some high-ranking members of the company were even invited to meet with France's Foreign Minister Laurent Fabius.

Planning for this epic trip began in December when the folks at Atout France heard about Li Jinyuan's desire to celebrate the company's 20th birthday by treating more than half of his employees to a free vacation. Though the CEO has originally been considering visiting London and Rome as well, French officials managed to convince him to stay local by putting together this fun itinerary. We for one cannot wait to see what the amazing CEO does for the company's 25th anniversary!