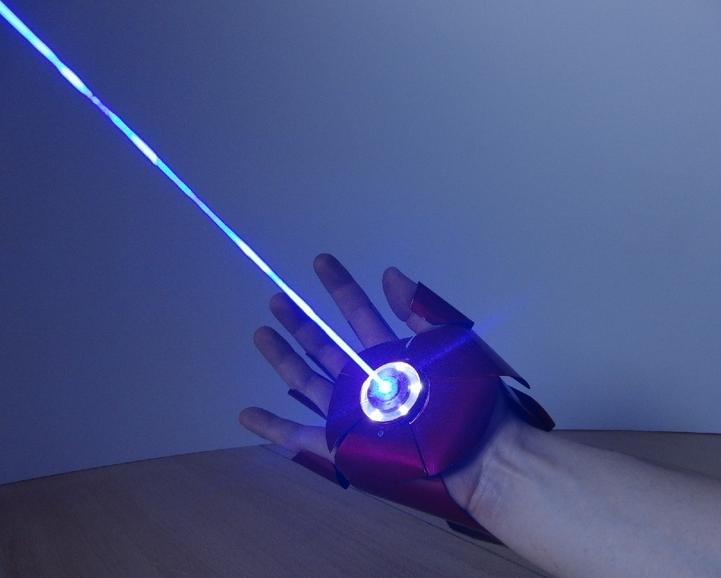 If Stark Industries were a real company, chances are Patrick Priebe would be Tony Stark's go-to man for all new gizmos. In fact, this young man's creations are so impressive that any superhero would be proud to be seen with them.

In anticipation of the recently released Avengers: Age of Ultron, the young inventor created an "Iron Man" glove. In keeping with the Stark Industries theme, the aluminum exterior of the glove is spray-painted with metallic and candy red primer. While that is indeed cool, what's even more impressive is the laser-firing mechanism fitted inside. Made from brass, it can shoot a high-powered beam from the palm when the wearer merely flexes his/her hand. Another, slightly weaker laser that shoots from the knuckles can be deployed using a controller. Both are accompanied by exciting sound effects. 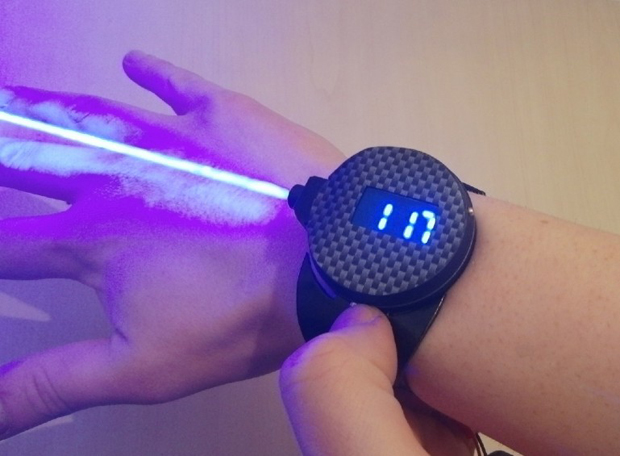 Although not powerful enough to defeat Ultron, the glove can do enough damage to impress your friends. The bright blue 700-milliwatt laser that emanates from the palm can burn patterns in wood. The 300-milliwatt red laser that blasts from the top is weaker, with just enough strength to burst balloons. However, according to Priebe, that's just a distraction to enable the release of a slug capable of causing serious damage. What's stunning is that this impressive gadget took the young inventor just three weeks to build.

But then this is not the first superhero gizmo Priebe has created. His past masterpieces include an Iron Man-like gauntlet that launches real rockets and a laser watch inspired by the James Bond franchise. Similar to the Iron Man glove, the laser shooting from the watch is powerful enough to burn through objects. 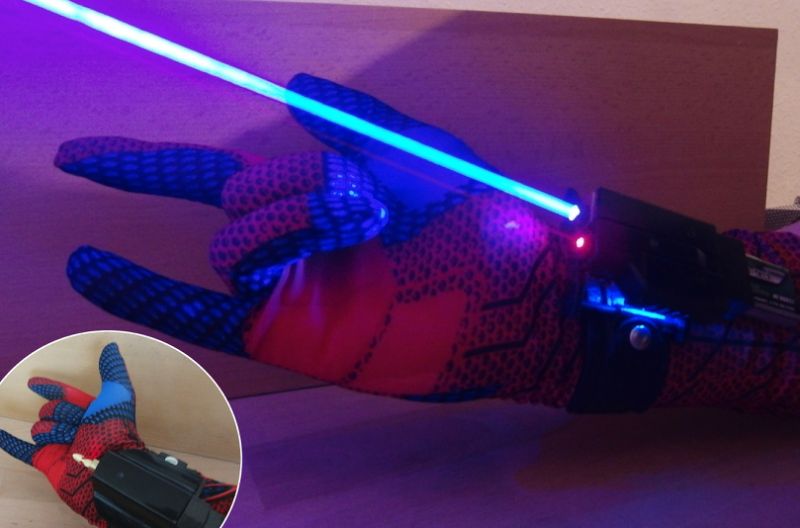 Priebe's movie-inspired inventions don't stop there. His repertoire also includes a Spiderman web shooter, Wolverine claws, wrist bows, laser rifles, and numerous other cool gadgets! Priebe is even working on a project called Homer Simpson's Electric Hammer. Now if he could only replicate Thor's Mjolnir that can be lifted by all, life would be perfect.