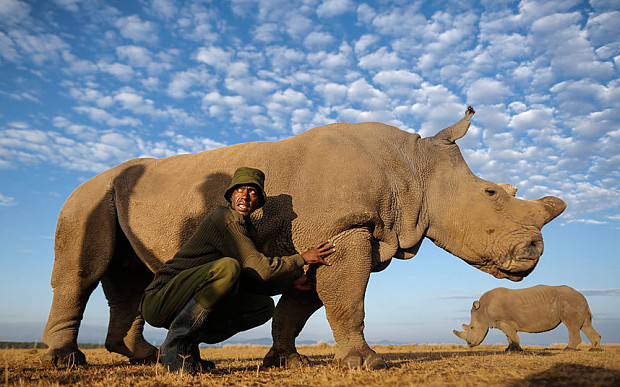 Over the years, numerous animal and bird species have become extinct. However, it is rare for the entire world to witness one as it is happening. This could very well be the case with the northern white rhinos given that there are currently only five known specimens left. What's worse is that only one, a 42-year-old named Sudan is male! If he passes away without producing an offspring, the rhino sub-species will soon disappear.

It is no wonder that the Ol Pejeta Conservancy in Central Kenya where Sudan currently resides, has hired armed guards to protect the precious male, round the clock. In addition, Sudan is also fitted with a radio transmitter so that his whereabouts are always known. As a precautionary measure, a part of his horn has been removed. While this may appear cruel, Richard Vigne, the CEO of the Conservancy believes the step was necessary to protect Sudan from poachers. 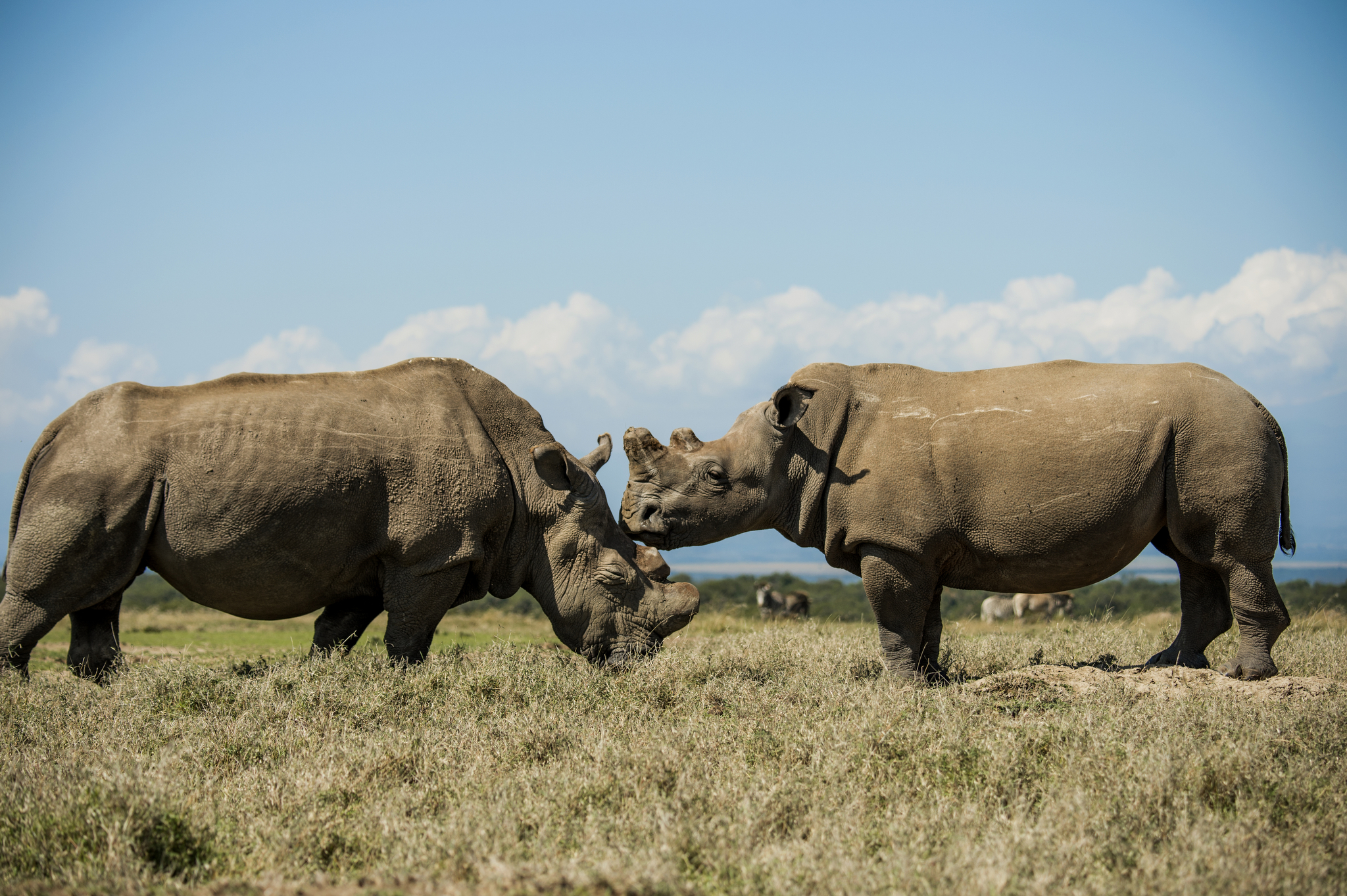 The massive 1.2-ton animal shares his 300-hectare enclosure with two female northern white rhinos, Najin and Fatu. The naturalists are hoping that he will take a fancy to one of them and produce an heir. Given Sudan's advanced age, Zoo veterinarians are also scrambling to find a way to keep the sub-species alive using alternative reproductive techniques.

Once found in abundance in several countries in East and Central Africa south of the Sahara, the population of this rhino sub-species has declined drastically in the last twenty years. In the 1960's there were an estimated 2000 of the magnificent animals roaming around in the wild. By 1984, ruthless poachers had reduced their numbers to fifteen and now, just five remain! In fact, the only reason Sudan is perhaps still alive is that most of his life was spent tucked away in a Czechoslovakian zoo. 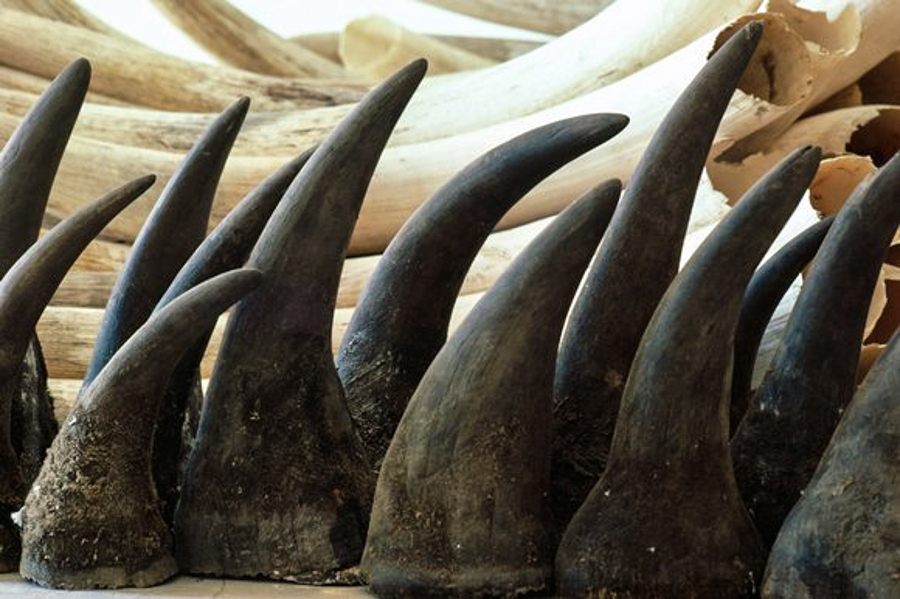 Of course, the northern white rhino is not the only one facing extinction. All rhino species are being ruthlessly hunted down for their horns! Though made from Keratin, the same material as human nails, they are believed to be a cure for many ailments by the residents of Vietnam and China. So coveted is the horn that buyers are willing to pay as much as $75,000 a kilogram, a fortune in a country like Kenya. It is, therefore, no wonder that poachers are constantly on the hunt for these ancient animals whose ancestors roamed the world more than 15 million years ago.

It is only thanks to places like Ol Pejeta which is home to 106 black rhinos and 23 southern white rhinos that the animals have not disappeared entirely. But saving these animals is no easy task. Simor Irungu, one of the 32 rangers charged with protecting them says, "Planning and preventing attacks is challenging. With the rising demand for rhino horn and ivory, we face many poaching attempts, and while we manage to counter a significant number of these, we often risk our lives in the line of duty."

Whether Sudan can save his clan remains to be seen. But hopefully, the growing awareness of the plight of these majestic animals will result in more protection so that future generations can enjoy the ones left as much as we do!