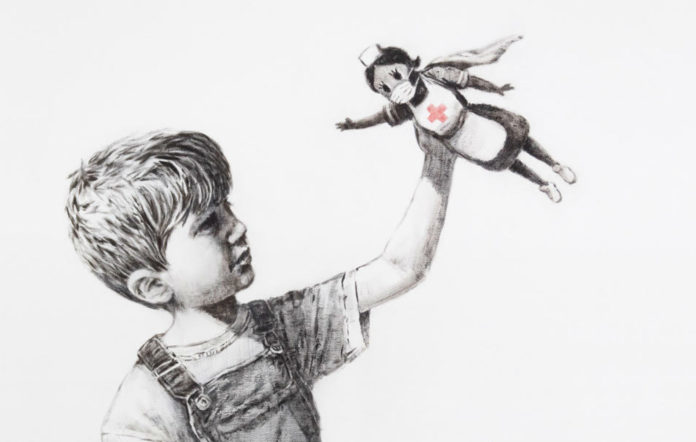 British street artist Banksy is well-known for his controversial and often politically-themed artwork. However, his latest creation can only be described as heartwarming.  The mostly black-and-white stenciled sketch, dubbed "Game Changer," features a young boy playing with a British National Health Services (NHS) nurse superhero toy. In the background, Batman and Spiderman action figures lie in a waste bin, indicating that the boy's new superheroes are the "game changers" of today — the millions of COVID-19 medical workers worldwide who are risking their lives daily to keep the rest of us safe.