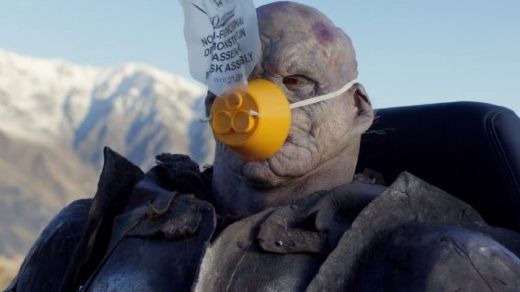 If you are like most people, chances are that every time you are subjected to an airline safety video, your mind wanders off shortly after the instructions on fastening seat belts. This means that you miss the most important stuff. However, you will have no such issues with the one created by Air New Zealand. In fact it is so popular that even people who have no intention of flying the airline, are watching it over and over again!

The Middle-Earth themed "Most Epic Safety Video Ever Made", was released in October 2014, just prior to the finale of the Hobbit trilogy, The Hobbit: The Battle of the Five Armies. In addition to dwarves, elves and orcs, it also features several of the trilogy's stars, including Elijah Wood who plays Frodo and the movie's director, Peter Jackson.

This is not the first time Air New Zealand has created an interesting Hobbit-inspired safety video. "An Unexpected Briefing," released in 2012, attracted over 12 million views on YouTube - probably a record for the number of people voluntarily seeking out an airline safety video!