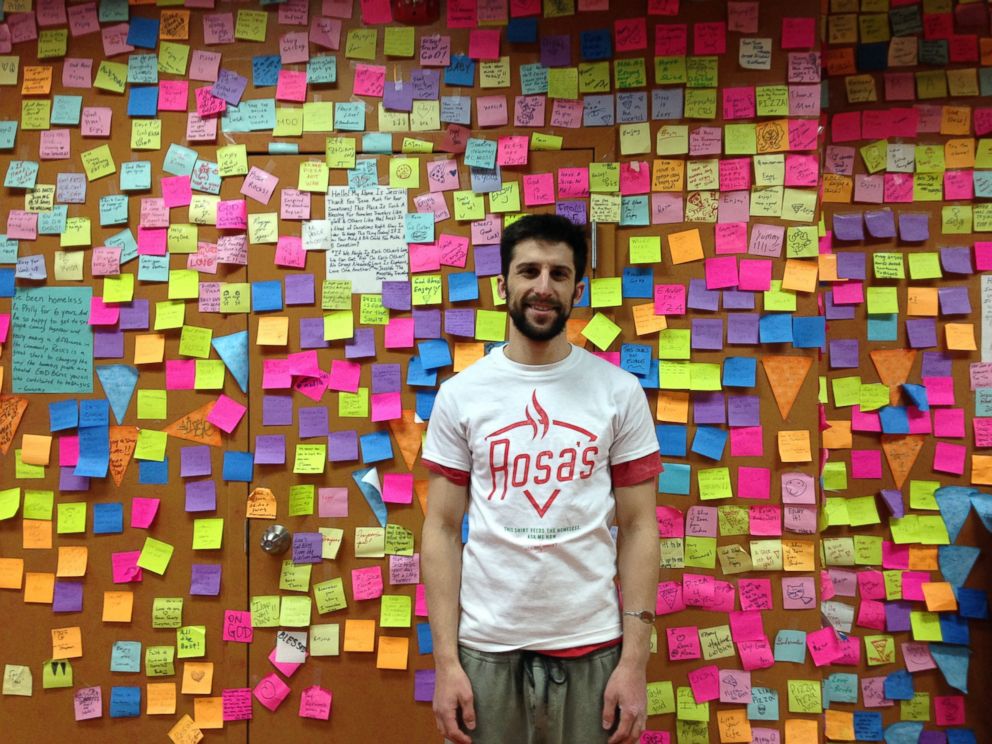 While most of us want to help those in need, we are often constrained by our own finances. Now a Philadelphia man is demonstrating that sometimes it takes as little as a slice of pizza, to make a big difference in a person's life.

27-year-old Mason Wartman quit his corporate job on Wall Street in 2013, and returned to his home city of Philadelphia to pursue his entrepreneurial dream. When he opened Rosa's Fresh Pizza, his only intention was to replicate New York's $1 a slice concept that he had grown to love during his three years there. However, today the no-frills pizzeria is not just known for its delicious thin crust pizza, but also for its unique business model in giving forward. 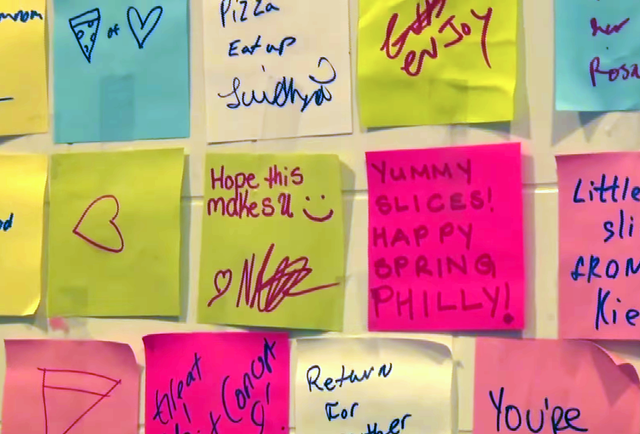 Customers that come in to grab a slice are asked if they would like to contribute an extra dollar to buy a slice for a homeless person. Those that agree are invited to write a little message on a sticky note and add it to the wall. Whenever someone in need walks in, they simply remove one of the colorful and encouraging messages and give it to Wartman in exchange for a hot slice.

The 27-year-old says that he had always given away free slices to those in need. However, in March 2014, a customer asked if he could prepay for the next homeless person that walked in and the simple but ingenious system of giving back, was born. 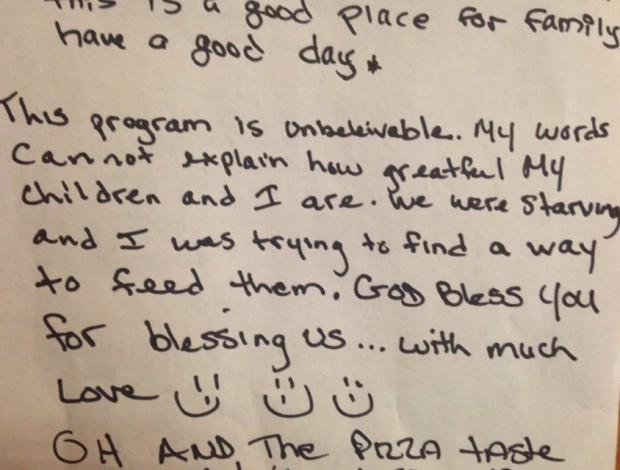 Since then, Wartman, who estimates that he feeds about 40 homeless people daily, has distributed over 8,400 slices of free pizza. The young entrepreneur says that the demand for giving back is so large that his sticky note system of keeping count does not work anymore. He now keeps track of all the donated dollars by placing them in a separate compartment in his cash register.

While a slice of pizza may not seem much, it is a lifeline for those that are down on their luck. Their gratitude is very apparent in the poignant notes that are scattered all across the pizza parlor's walls, alongside the colorful donation notes. What's even more gratifying is that many homeless people have told Wartman that in addition to saving money, the free pizza also prevents them from committing petty crimes for food. 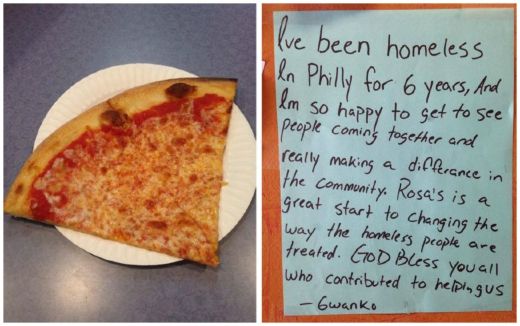 Wartman who has received national recognition and even a $10,000 USD donation from Shutterfly, says that the donations account for about 10% of his business - a number that can only grow as more people find out about it. His hopes that his story will encourage other businesses to adopt similar pay-it-forward initiatives.

Is Mason Wartman's unique way of giving back also a smart business...