It's Friday the 13th! While a select few like Taylor Swift will simply "shake it off" and even release a new music video, there are millions of others that will not step out of their homes today. That's because when the 13th which is already considered unlucky by many, falls on a Friday, the fear factor rises exponentially. While nobody knows for sure why the combination of the 13th with Friday is so feared, there are many theories.

Some believe it begins with the irrational fear of the number 13 that Triskaidekaphobiacs have, regardless of what day it falls on. So why is 13 so maligned? According to Thomas Fernsler, it could be because it follows the nicely rounded 12. The Associate Policy Scientist from the University of Delaware says that people often perceive 12 to be "safe" - after all, there are 12 months in a year, 12 zodiac signs, 12 tribes of Israel, 12 apostles of Jesus . . . So on and so forth. This results in the belief that the number that follows is incomplete, and, therefore, "unlucky." 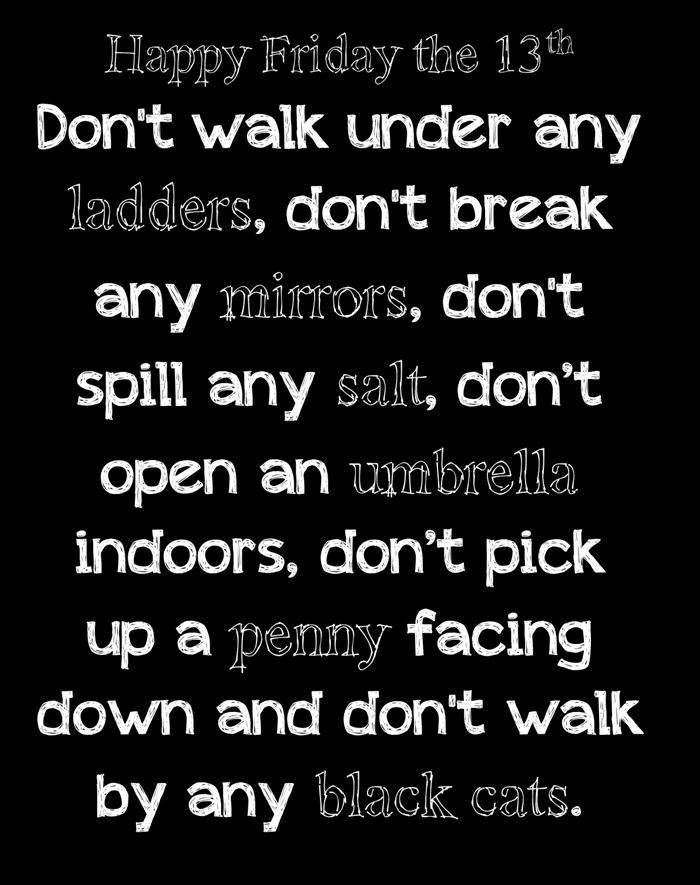 Donald Dossey , a folklore historian believes the fear stems from ancient times. According to a local tale, when the Vikings lived in Scandinavia, twelve gods were once enjoying a dinner party at their mythological heaven, Valhalla. Suddenly, an uninvited '13th' guest, the mischievous god Loki walked in and instigated Hoder, the blind god of darkness to kill Balder, the god of joy and gladness. To this day, many people are a little scared of having a dinner party with 13 guests. In Paris, France some businesses avoid the odd number by 'renting' a 14th dinner guest, called a quatorzieme.

As for Friday? That fear also comes from ancient mythology and religion - Per the Bible, Jesus was crucified on a Friday. Though the date is not believed to be the 13th, it was following the Last Supper, which was attended by 13 men that included Judas Iscariot, the apostle that betrayed Jesus. 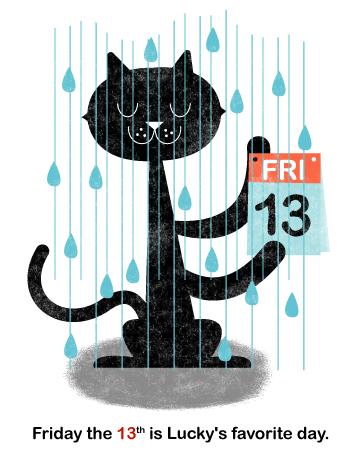 Then there are the many biblical scholars that believe that Eve tempted Adam with the forbidden fruit on a Friday. The one unfortunate event that is thought to have happened on Friday the 13th was the slaying of Abel by his brother Cain (The sons of Adam and Eve).

So how bad is the fear? Experts estimate that over 20 million Americans and scores more worldwide suffer from friggatriskaidekaphobia or paraskevidekatriaphobia. People who suffer from the disorder experience symptoms that range from mild anxiety to a nagging fear that something bad will happen, to even full-blown panic attacks.

Since many work in professions like construction and shipbuilding where the injury rates are above normal, their nervousness often results in a self-fulfilling prophecy. This, of course, makes them fear the day even more.

Not only that, but the day is also bad for the economy. Every Friday the 13th, businesses lose between $800-900 million USD. That's because people that are superstitious avoid traveling and shopping. Some even call in sick from work or school and spend the day at home. What's worse is that while most years have only one Friday the 13th, in 2015 we are going to be bestowed with three - with the next one coming to haunt us in just four weeks!