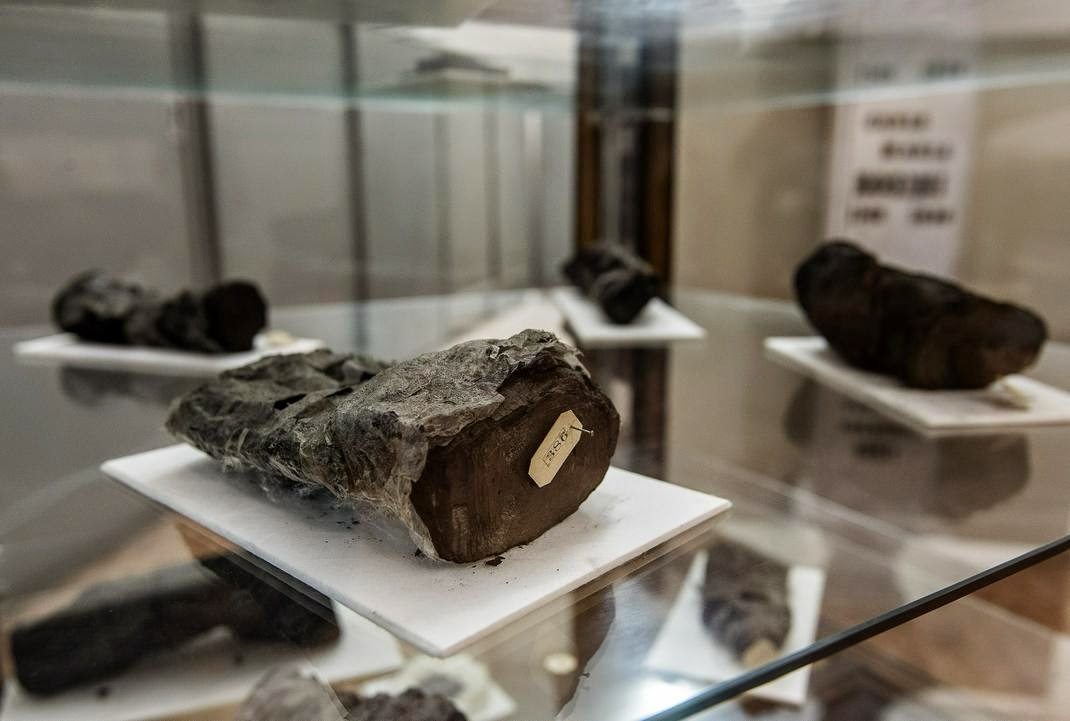 When Italy's Mount Vesuvius erupted in 79 AD, it buried not only the city of Pompeii, but also the nearby resort town of Herculaneum. In 1752, an excavation team discovered a large number of papyrus scrolls inside an entombed Herculaneum villa. Though the exterior of the scrolls that were rolled up for storage are carbonized and resemble pieces of charred wood, the interior is remarkably well preserved.

Over the last two centuries, researchers have made numerous attempts to unfold these artifacts that contain many secrets about life in the ancient times. While hundreds have been unrolled mechanically, they have crumbled in the process and therefore, cannot not be read in their entirety. Fortunately, thousands of the Herculaneum scrolls, as they have been called, still remain intact. Now thanks to a new scanning and x-ray technology called "propagation-based phase contrast imaging," there is some hope. 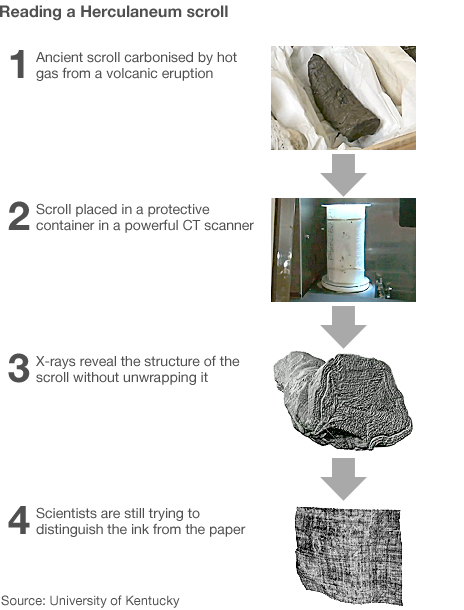 One of the pioneers of this radical technology is Brent Seales, a computer scientist at the University of Kentucky. In 2009, the researcher developed a method, similar to that of CAT scans.

This enabled him to obtain 2-D images of two of the charred Herculaneum scrolls, without opening them. However, while the pictures clearly showed the various layers of the rolled papyrus, they were not sharp enough to project the letters and words inscribed on them.

That's because the ink used to write the scrolls is carbon-based and therefore very difficult to differentiate from the carbonized papyrus.

Now, a team of researchers led by Vito Marcella from the Institute for Microelectronics and Microsystems in Naples, Italy, has devised a way to view the letters that are on the scanned images taken by Seales.

The scientists who reported their breakthrough in the online journal Nature Communications on January 20th, say here is only one drawback. Though the x-rays can detect the letters and even some words, they appear as "floating images" that are jumbled and out of order.

In order to help them, Seales is trying to design software that will help position the letters in the correct order on the appropriate part of the scroll. After that, an expert will painstakingly go through each word to correct any errors. Though the process will take some time, researchers are extremely excited to finally discover what the scrolls that measure between 20 feet to 30 feet long and contain over 3,000 words each, will reveal. 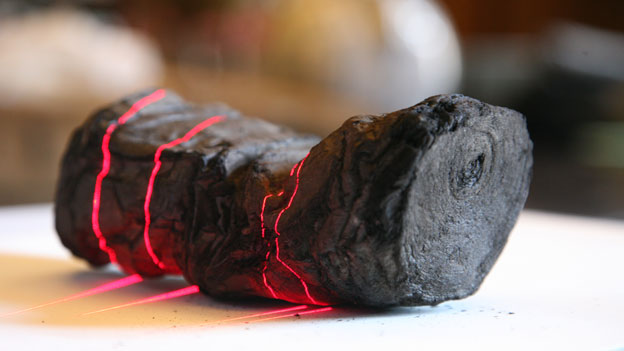 If this works, excavators may head back to the "Villa of the Papyri", where the original scrolls were discovered to seek out additional texts that are believed to be still buried there. Some experts think there is a strong possibility that they contain 1st century Latin and perhaps even early Christian writings. If true, the scrolls could offer valuable information about Biblical times.

Once perfected this non-invasive technique will also come in handy for other ancient scrolls. The current method involves painting special glues onto the outer layer of the rolls to hold the fragments of the pages together as they are unwrapped. However, the technique is not fool-proof and often results in the papyrus crumbling slightly each time a page is unrolled. 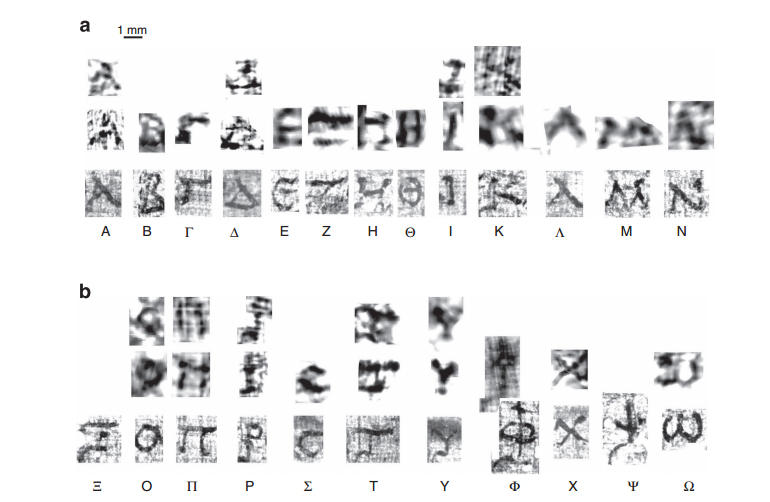 Additionally, it could also be useful for reading ancient material like Medieval book bindings that were often created by shredding older texts as well as letters and documents too fragile to open without causing damage.