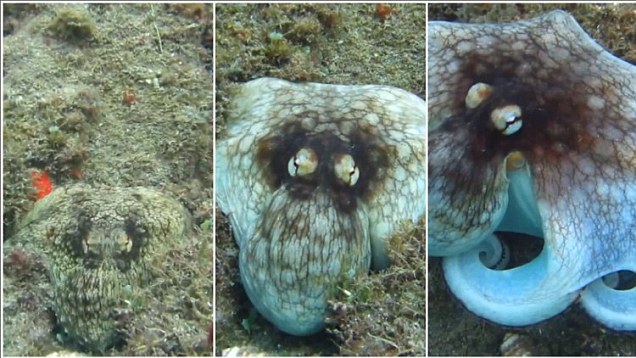 An underwater diver filming the beautiful coral in the Caribbean captured a rare sight - a perfectly camouflaged octopus emerging from its hiding place with its skin transforming from the dull green of the coral to a beautiful sky blue. Jonathon Gordon says that he was just trying to get a closer look at an unusual shell and had no idea that the creature was there, until he was just about a meter away. 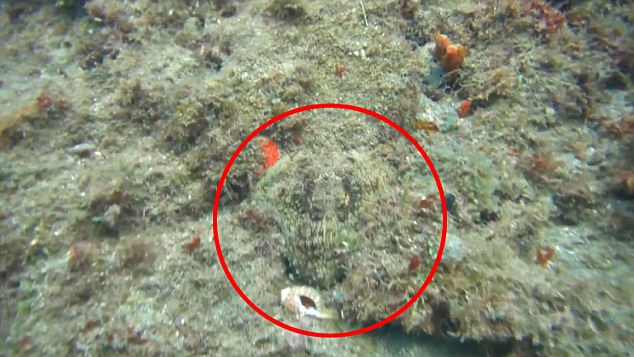 The octopus is one of only three marine animals known to have the ability to camouflage - the other two are cuttlefish and squid. In addition to being able to transform their color, the cephalopods also change the texture of their skin allowing them to blend in completely. While that is amazing enough what makes it even more so, is that octopi are color blind.

Though scientists are not sure how they can deduce the color of the object they are trying to merge with, they have a few theories. One is that the octopus can detect slight contrasts in color either by filtering it in their body or through light sensitive opsins - proteins that are present in their skin and eyes. The other theory is that their ability is a case of natural selection - that means the marine animals have evolved to emulate the colors that help them survive. 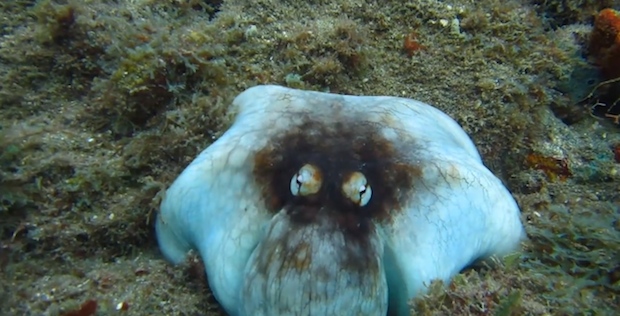 While camouflage is the first line of defense, it is not the only trick these crafty cephalopods use to scare predators away. Once detected, they puff up in size to look more intimidating and if all else fails, spray ink into the attacker's face and make a quick getaway! Fortunately, Jonathan was not subjected to that!