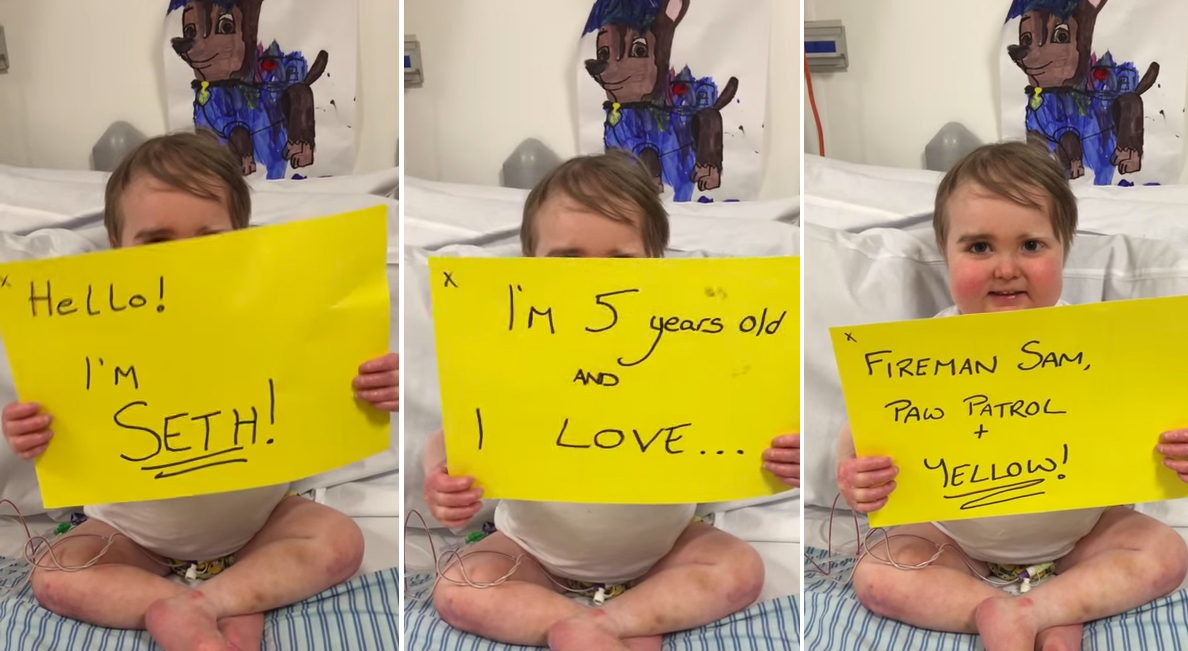 On Friday March 27th, five-year-old Seth Lane will undergo a bone marrow transplant - his second one in four and a half years. To show support and raise awareness of the Severe Combined Immunodeficiency (SCID) disease the young boy suffers from, his family has one simple request. They want everyone to wear Seth's favorite color yellow, and post pictures on Facebook, Twitter or Instagram, with the hashtag #WearYellowForSeth.

Seth's parents plan to pin the countries the photos are posted from on a world map and paste it on the wall of his hospital room at Great North Children’s Hospital in Newcastle, England. They will also print a few fun ones and plaster them on the walls so that when the Northamptonshire resident emerges from surgery, he knows that people worldwide are thinking of him. 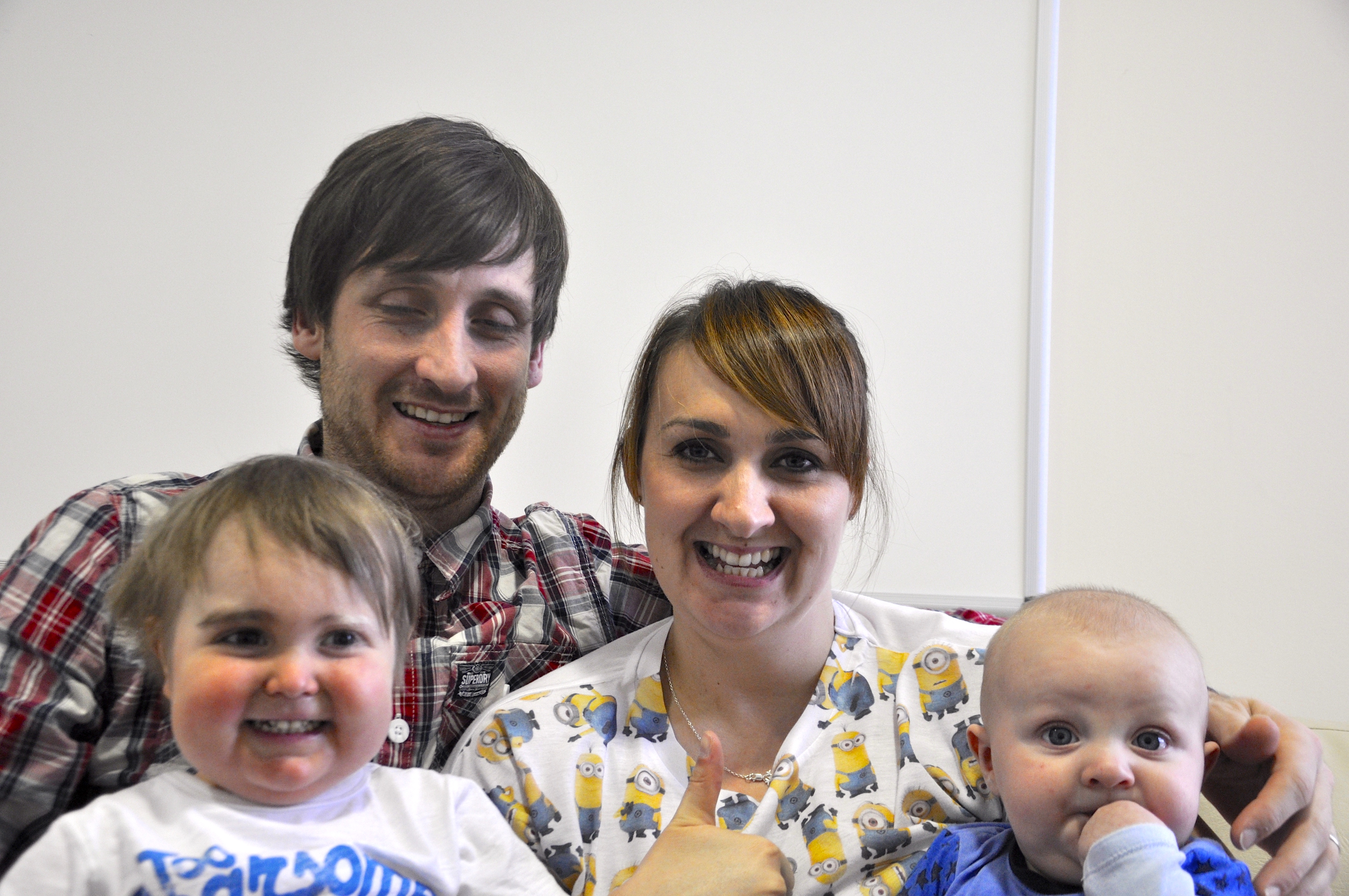 Seth's mother Leanne says the idea of #WearYellowForSeth, came to her in 2010 when a friend who was battling leukemia mentioned that yellow signifies a strong immune system. Since Seth was about to undergo his first bone marrow transplant she decided to ask family and friends to show their support by wearing the color on the day of his surgery. At that time, Seth was only seven months old and not able to appreciate the support or the significance of the color.

Coincidentally, as the young boy has grown, yellow has become his color of choice. According to Leanne, Seth has a yellow playroom and loves seeing his younger brother in yellow. He also is a big fan of the little yellow minions from the "Despicable Me" movie series. Hence, when doctors informed her that Seth would have to undergo another bone marrow transplant, she decided to ask family and friends to once again show their support by wearing yellow.

What she had never envisioned was that her request would go viral with people all over the world planning to don the color on March 27th! So be sure to join in and support this brave young boy as he undergoes yet another challenge. Just knowing that people care will go a long way in helping Seth recover. 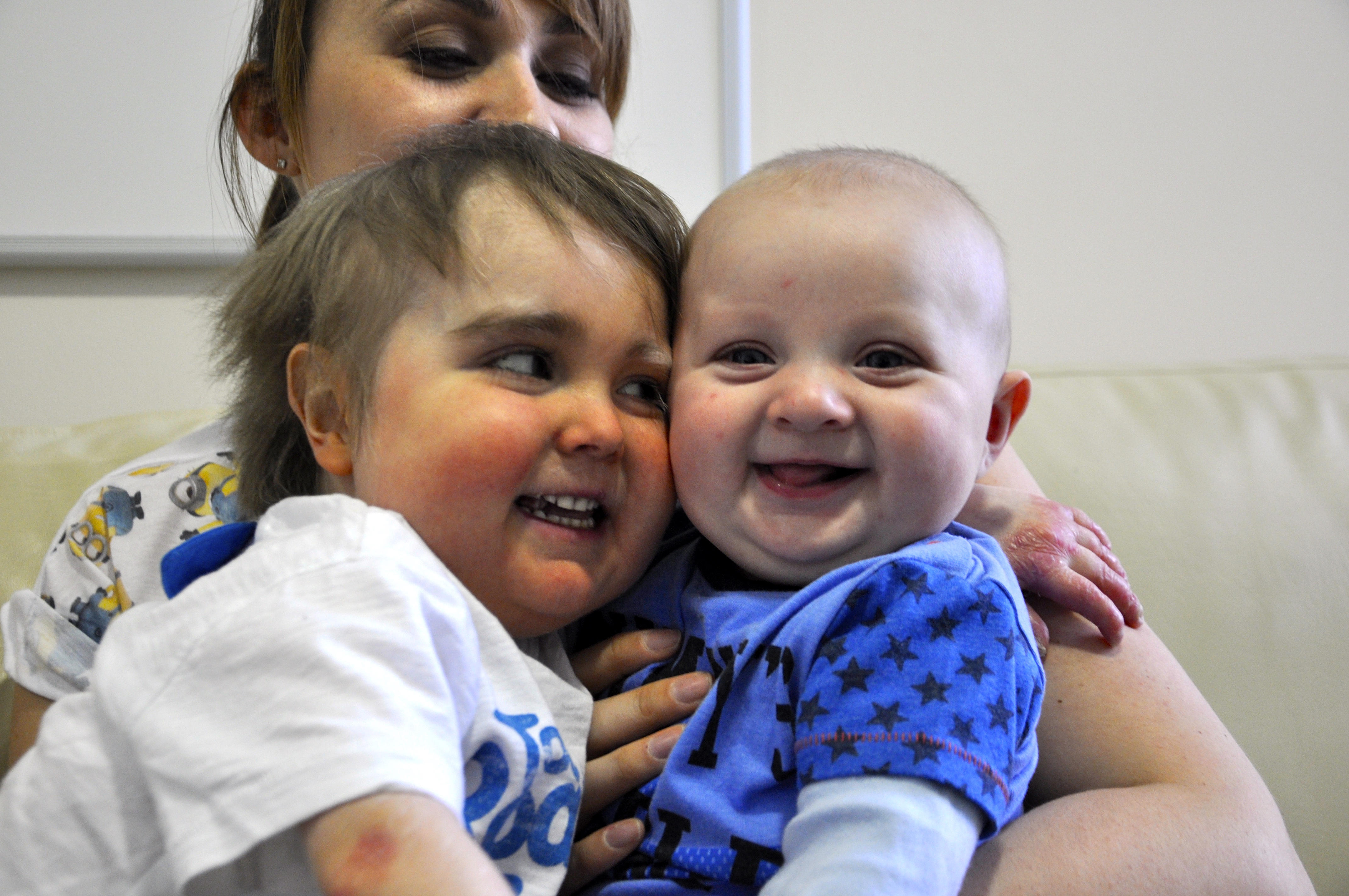 Severe Combined Immunodeficiency (SCID) is a genetic condition that arises when the body is born without T cells - the most important white blood cells. Often described as the "police chiefs" of white blood cells they are responsible for identifying what illness the body is suffering from and sharing that information with other immune cells. Hence, people born without T-cells have no working immune system. Though there are numerous types of SCID, the most common and severe one is linked to the X-chromosome, which is why the disorder is largely seen in males.

Fortunately, SCID occurs very rarely and was relatively unknown until the mid 1970's. The disorder's worldwide fame and nickname, "bubble boy disease" can be credited to David Vetter. Born with X-linked SCID, the Texas resident spent most of his short life inside a plastic, germ-free bubble. He passed away in 1984, at the age of 13, after a bone marrow transplant attempt to enable him to live a normal life, failed.

SCID treatment has come a long way since. According to Dr. Rebecca Buckley, of Duke’s Division of Pediatric Allergy and Immunology, the disease can now be diagnosed with a simple blood test. What's even better is that if caught in time, it is completely curable!