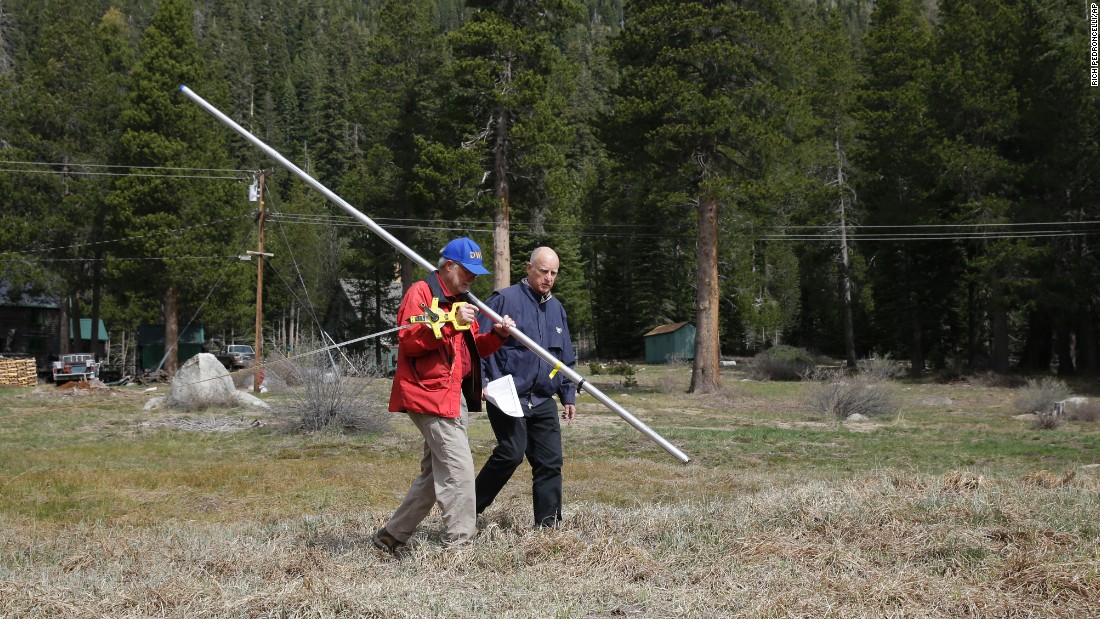 On April 1st, California's Governor Jerry Brown did what his predecessors have been doing for over 65 years - trek to Echo Summit in the Sierra Nevada Mountains to measure the snowpack. The only difference? Instead of ski gear he was wearing a light windbreaker and hiking shoes. That's because for the first time since the tradition began there was no snow to ski upon.

The situation is no better in other parts of the mountain range. A manual snow survey by state workers revealed that the water content of the Sierra Nevada, which accounts for 30% of California's water supply, measures a paltry 5% of the average for April 1st. This is the lowest for this date since record-keeping began in 1950. Though California has experienced droughts before this is the worst to impact the state since instrumental records began in 1895. According to experts, there is currently just a year's supply of water left in the state's reservoirs. 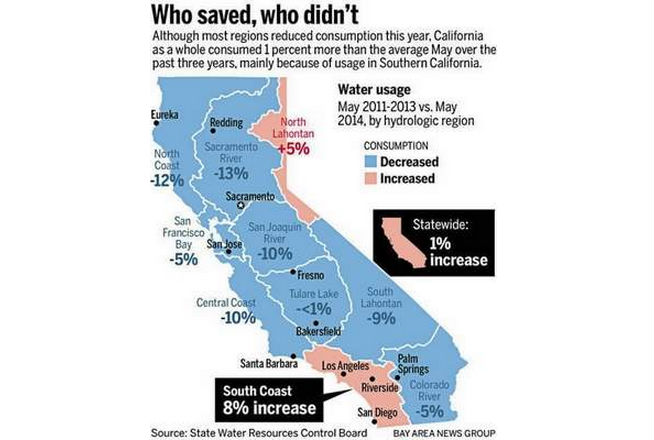 What's worse is that despite knowing that the state has been in drought-like conditions for four years, many California residents have done little to reduce their water usage. Even a plea by Jerry Brown in 2014 asking residents to voluntarily cut consumption by 20% was largely ignored. Hence yesterday, the Governor announced that he had no choice but to impose the first-ever mandatory water restrictions that requires Californians to reduce water usage by 25%.

Under the order, cities and towns will have to stop watering the median strips that run down the center of roads. State officials will also work alongside local agencies to strip out 50 million square feet of grass. Existing golf courses, campuses and cemeteries will have to reduce their irrigation while new ones will be required to install drip or micro-spray systems. 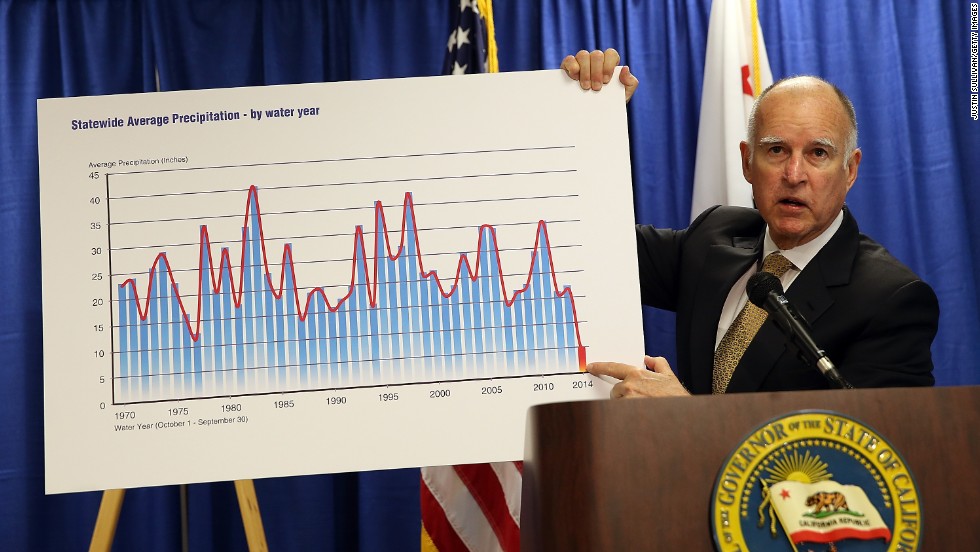 Of course, Individuals will also have to do their share. In order to incentivize them, the state is offering a temporary rebate program for homeowners to replace water inefficient appliances. However, while the overall aim is to cut water usage by 25%, each of the state's 40 local agencies will be subjected to different restrictions when the regulations go into effect on May 1st.

That's because some areas like the city of San Francisco have already heeded the Governor's previous warnings and reduced their water consumption substantially. Others like Palm Springs have not been as diligent and will thus be subjected to bigger mandatory cuts. Local water agencies that do not comply will be subjected to fines as high as $10,000 USD a day!

While the order does ask agricultural water suppliers to provide a drought management plan, it does not require farmers to cut back. Besides the fact that California is the country's primary source of many fruits and vegetables, agriculturists have already suffered through major cutbacks. In 2014, farmers in the state's Central Valley were forced to leave 500,000 acres of land unplanted due to lack of water. This year, they may be forced to leave even more. 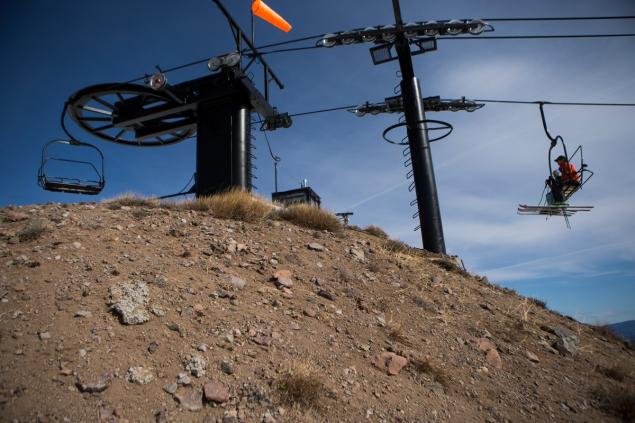 While most people are lauding the Governor for the timely intervention, many speculate that if the drought continues, further cutbacks may be necessary. Unfortunately, this is just a reality that the state's residents may have to live with. As Jerry Brown said, "We're (Californians) in a new era; the idea of your nice little green grass getting water every day, that's going to be a thing of the past."

Can you suggest one small change that could help Californians save...