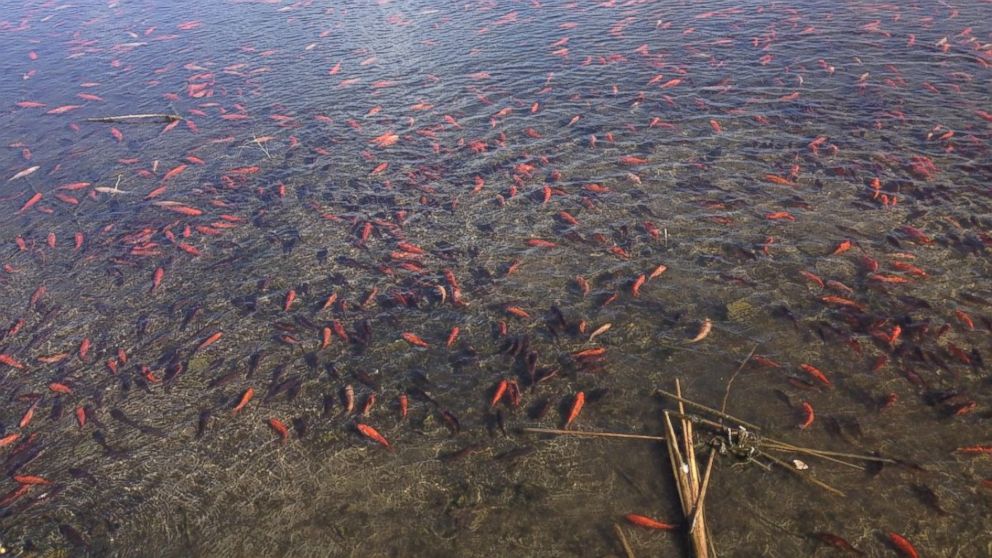 For the casual visitor, Teller Lake in Boulder, Colorado looks like a delightful fishbowl filled with thousands of gorgeous orange, black, and white goldfish floating around. However, to the Colorado Parks and Wildlife Department they are a group of invasive species that could end up disrupting the lake's entire ecosystem if not removed soon.

The problem lies in the fact that these fish are not native to the lake, which means that they have no predators. This allows them to reproduce and multiply in large numbers. In fact, park officials believe that the 3,000 - 4,000 specimens currently floating around are all a result of a few unwanted pet goldfish that were dumped into the lake. From the age of the fish, they estimate the incident occurred about three years ago. 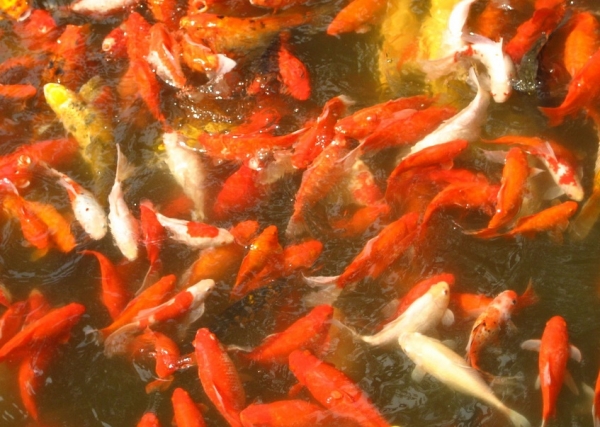 While that may appear to be the most humane thing to do, it is extremely dangerous, not to mention illegal. That's because as this non-native species grow in numbers, they compete with the existing fish for food sources like plankton and small insects. Given that there is only a limited supply of resources, this could result in the goldfish overpowering the native fish species. In the case of Teller Lake, the officials are particularly worried that the goldfish will move downstream and affect the population of some of the endangered native species that live there. Another major cause for concern is the diseases the goldfish may be harboring. This could be fatal to the native species since they do not have the immunity to fight new illnesses.

The Colorado Parks and Wildlife biologists, therefore, have no option but to extract the fish from the lake in most efficient manner. They are currently contemplating three options - draining the lake, stunning the fish with electricity or using a chemical that interferes with their respiratory system. The fish will then be sent to the local raptor rehabilitation facility and fed to injured birds of prey like eagles and osprey.

This is not the first time Boulder has had to deal with unwanted goldfish. A few years ago, 2,275 specimens had to be extracted from the city's Thunderbird Lake. Of course, fish are not the only unwanted pets that get discarded. Florida has been combating an invasion of Burmese pythons since the 1980's and green iguanas since the mid-1990's. However, one of the worst cases of invasive species recorded is that of the Red Lionfish. The non-native species that was accidentally released in the Atlantic by an aquarium, is currently wreaking havoc to the Atlantic Ocean's ecosystem all the way from South Florida to Georgia, South Carolina, and North Carolina.

According to experts, the best way to dispose of unwanted fish or any other animal is to get advice from the people that originally sold them the pet. They say that most owners believe they are doing the "right thing" by returning their "exotic" pet back to the wilderness. However, saving one pet often results in destroying the area's ecosystem and hurting other innocent animals.

WeekMonthYear
1.
Cereal-Loving Rescue Cat Gets A Custom Delivery Of Fruity Pebbles30.7k reads
2.
This Year's Largest And Fastest Asteroid Is About To Zoom Past Earth26.7k reads
3.
How Texans Stepped Up To Help One Another During The Brutal Freeze15.1k reads
4.
NASA's Perseverance Rover Successfully Lands On The Red Planet14.7k reads
5.
Six Skeletons Discovered Inside Ancient Shipwreck Helmed By Legendary Pirate Samuel Bellamy14.3k reads
Sign in or Sign Up
for unlimited access to Assignments
Name:
Date: