On Sunday May 10th, the approximately 85 million moms that reside in the United States will celebrate Mother's Day. This means a one-day role reversal, where moms get to enjoy all the things kids take for granted - like sleeping in and getting fed. While the special woman in your life is bound to be grateful for making her day special, so will the officials of the United States. 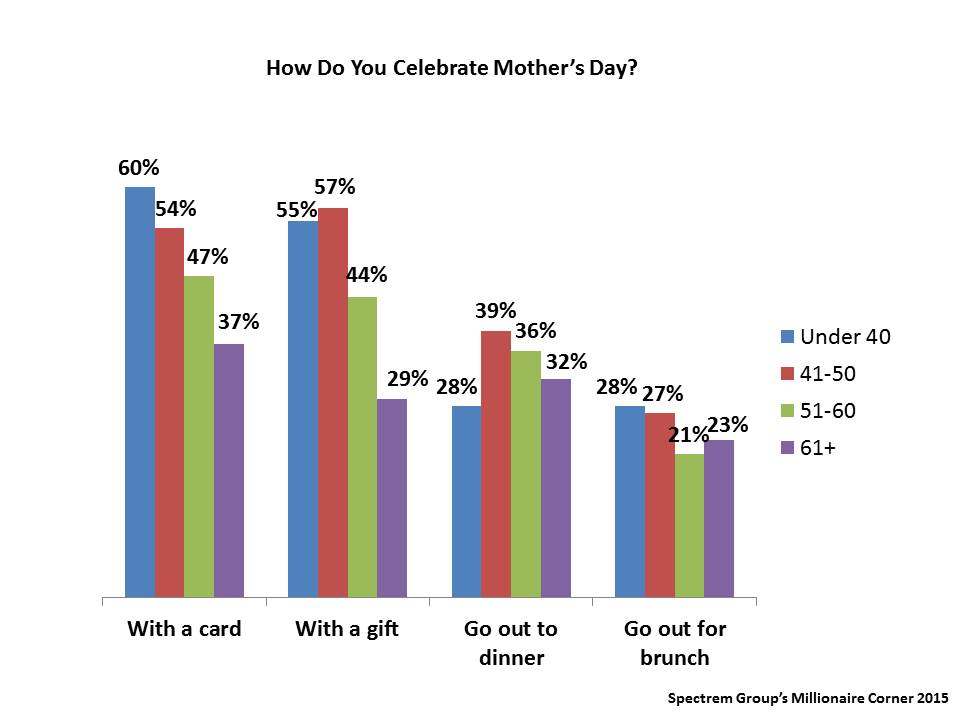 That's because all those "small" presents like flowers, chocolates and jewelry that we buy for mom adds billions of dollars to the economy! According to the National Retail Federation, (NRF), 2015 will be a blockbuster year for gift giving.

A recent poll conducted by the organization indicates that kids of all ages plan to spend an average of $172 USD on gifts this year. This is almost ten dollars higher than what was spent in 2014 and the largest amount since the poll started, 12 years ago. Though the amount may not seem like much, it adds up to an astounding $21.2 billion USD!

Not surprisingly, Mother's Day is the third biggest consumer spending holiday in the US - right after winter holidays and back to school/college season. So what do kids spend all this money on?

As would be expected, jewelry tops the list. Over $4.3 billion USD worth of precious gems are expected to be bestowed on moms this Sunday. With an estimated spend of $3.9 billion USD, flowers, (and other fresh floral products) are not far behind.

Of course, no Mother's Day is complete without a scrumptious brunch for which Americans will fork out another $3.8 billion USD. Electronics, apparel, housewares (for the practical ones) and cds and books round up the list.

While appreciating the special women in our lives by showering them with gifts is great, that was not what Anna Jarvis, who came up with the brilliant idea, had in mind. The Philadelphia teacher was simply trying to fulfill her mother's lifelong desire that moms deserve a special day, when she began her 1907 campaign to convince lawmakers.

It took seven years of relentless lobbying before the US Congress finally declared the second Sunday of May, Mother's Day. Had they known how good it would be for the economy, they would have probably agreed earlier!

But don't let the numbers pressure you into buying extravagant gifts. For while mothers do appreciate them, the thing they would like the most is to relax and spend quality time with their families.