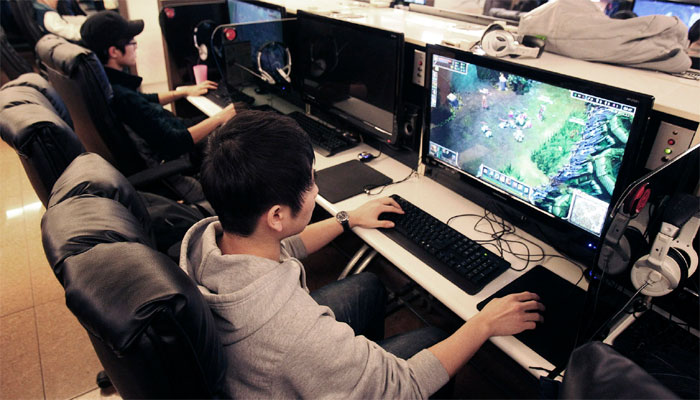 As gaming moves from just a casual pastime to becoming a more significant part of our lives, researchers are getting increasingly curious to find out how it affects learning. A 2011 Michigan study indicated that playing video games sparks imagination and fosters creativity. A more recent study concluded that gamers have better visual skills and other cognitive abilities. Now there is some evidence that gaming not only augments visual skills, but also, helps speed up the learning process.

The study conducted by Brown University Associate Professor Yuka Sasaki and graduate student Aaron Berard, pitted nine avid gamers against a control group of nine individuals who had rarely if ever, played video games. The participants were subjected to two days of visual task learning. Each group was trained in two tasks (in random order). The first was to observe the design of an on-screen texture of horizontal lines and point the area with maximum irregularities as fast as possible. The second task was similar except that the lines were vertical.

The following day, the study participants were asked to perform the same tasks (again in randomized order) to test if there was any improvement in how quickly they noticed the irregularities. What the researchers were trying to gauge is if frequent interaction with video games helps speed up the visual memory process.

That's because previous studies have shown that while people can be trained to improve their visual learning performance, they need time. If a second task is introduced before the brain has a chance to master the first one, it interferes with the learning process, resulting in a decline in the performance.

While the sample size was small, the researchers who published the results in the scientific journal PLOS ONE on March 25th, believe the findings are significant enough to conclude that gamers are more efficient at visual task learning than non-gamers. Though the scientists are not sure why this is the case, they speculate, “It may be possible that the vast amount of visual training frequent gamers receive over the years could help contribute to honing consolidation mechanisms in the brain, especially for visually developed skills.”

The other possibility is that the results have nothing to do with playing video games. It could just be that people with a natural ability to grasp visual tasks faster, are the ones that gravitate towards gaming. There is also the fact that the groups were divided by gender - all gamers were men, while all the non-gamers were women. But the researchers say there is no evidence of gender differences in perceptual learning. They therefore believe it had no impact on the results.

Clearly more research needs to be done before firm conclusions can be reached, but the first indications are certainly encouraging. And for those that are still skeptical, a separate study conducted by Oxford University in 2014, concluded that children that play video games are happier, more social and less hyperactive than non-gamers! But before you go all out, the study also stipulates that kids should spend no more than 60 minutes a day on this pursuit.