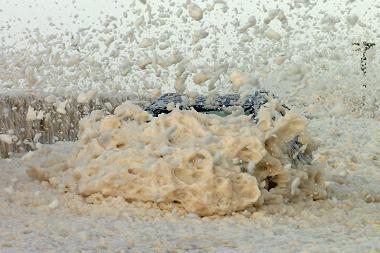 Given that it rarely snows in the British seaside town of Cleveleys, you can only imagine how surprised the residents must have been, when they woke up on Wednesday, December 30th to find their small town covered in white - However, the winter wonderland was not caused by snow, but wet soapy foam that had blown in from the ocean. 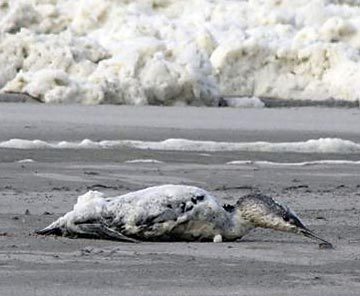 While it does appear to be quite magical, the residents of this town were not too thrilled with this foamy mess that seems to engulf the region once or twice every year. That's because the strong winds toss the foam around, making driving and even walking quite hazardous. The good news is that it only lasts a few days before disappearing into thin air. 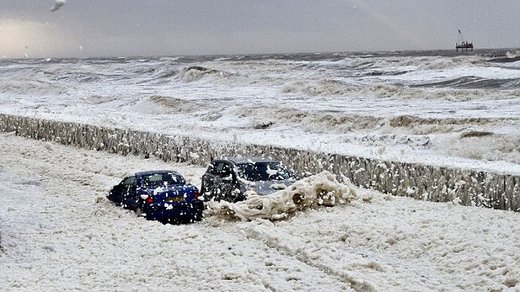 Though some residents believe that the foam is caused by pollution, the Environmental Agency that has performed extensive tests on the white stuff, maintains that it is simply decaying Algal matter that has been churned into bubbles by powerful tides. The water currents carry these bubbles to the shore, where they are tossed around by the waves, causing them to swirl upwards and appear on the surface as a foamy mess. If the area is then subjected to powerful winds, the gobs of foam are blown inland covering roads and homes, similar to what happened here. 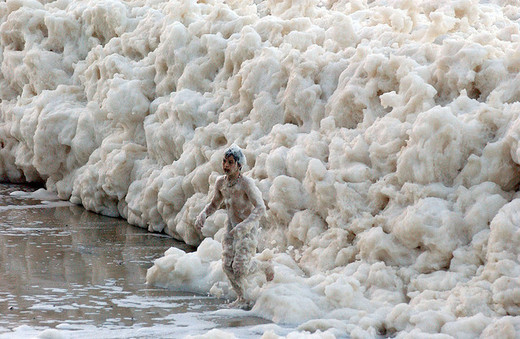 Marine experts liken it to making a milkshake - the more powerful the churn, the thicker the foam. The good news is, that while it may be a nuisance, it is not toxic. Also, Cleveleys is not the only place to encounter this soapy mess. Residents along the coast of New South Wales in Australia have also been subjected to it. However, they as you can see from the picture above, they seem to be having a lot of fun with it!

WeekMonthYear
1.
Earth Now Officially Has Five Oceans!8.9k reads
2.
Father's Day Solstice Marks The Longest Day In The Northern Hemisphere7.9k reads
3.
The Importance Of Juneteenth Explained7.7k reads
4.
Enterprising Kenyan Engineer Finds An Innovative Solution To Use Plastic Waste7.3k reads
5.
How To Watch The Rare "Ring Of Fire" Solar Eclipse On June 10th5.1k reads
Sign in or Sign Up
for unlimited access to Assignments