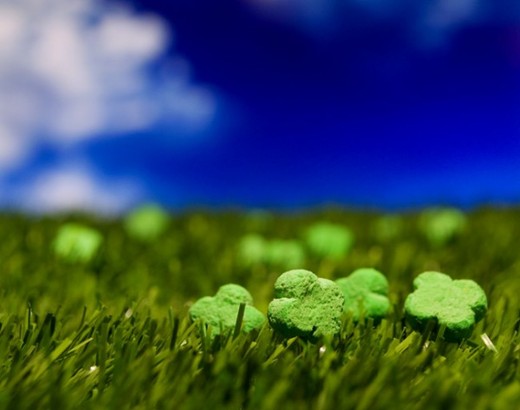 Ready-to-eat breakfast cereals have come a long way since Denver businessman Henry Drushel Perky introduced Shredded Wheat (1893) and Dr. John Harvey Kellogg and his brother William Keith Kellogg created Granose Flakes (1804) and Corn Flakes (1895), respectively. Not only is today's cereal much more decadent, but it is also, quite colorful. This, is what Ernie Button set out to explore and highlight with his rather unusual photography collection that he cheekily calls 'Cerealism'. 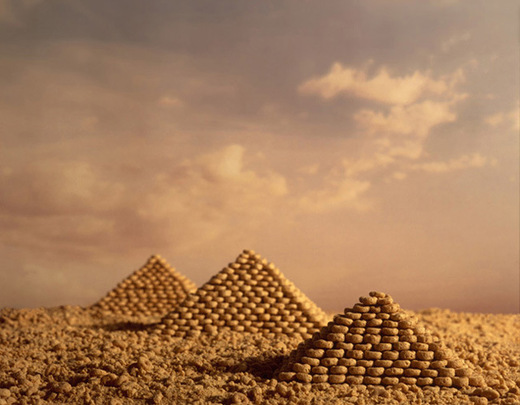 The Arizona-based artist who has been working on this fun project off and on for almost ten years says that the theme of each of his realistic looking landscape images depends on the cereals he comes across. Many of the earthier, that is, those that contain bran or fiber, are perfect against backdrops of the Arizona desert, while the more colorful ones fit in better with other natural environments. 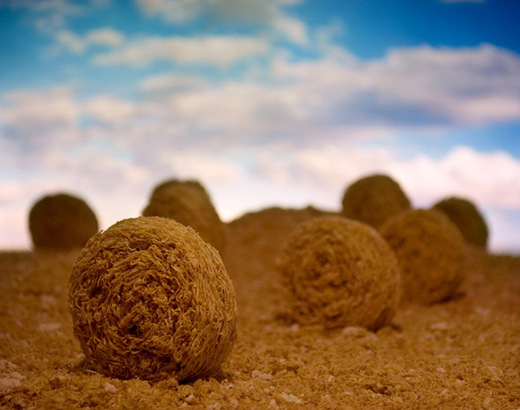 Over the years, he has created dunes from Grapenuts, bales of hay from Shredded Wheat and even used Bran sticks to depict the barren desert. His vivid imagination has stretched all the way to Egypt with 'Cheeramids' - Pyramids created from Cheerios and even under the seas using the Clownfish from Kellogg's limited edition of Finding Nemo cereal. However, one of the most outstanding one is Ernie's 'Cerealsitic' depiction of the Grand Canyon - Two rocks of French Toast cereal with a flaky blue river flowing in between - Yum! 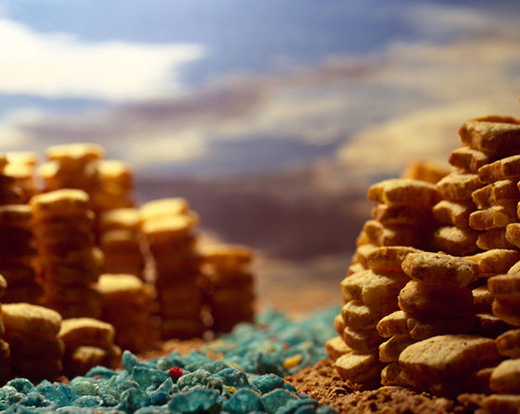 The artist say that the time he spends creating each landscape varies - Some, like the pyramids which required him to painstakingly glue every Cheerio individually, took about a week. Others, like the one that featured the Clownfish was just a day's work. Gives one a whole new perspective on cereal doesn't it?

WeekMonthYear
1.
Athletes To Watch At The 2020 Tokyo Olympics15.1k reads
2.
14-Year-Old Zaila Avant-Garde Wins 2021 Scripps National Spelling Bee5.6k reads
3.
This Prehistoric Rhino Was Taller Than A Giraffe And Four Times Heavier Than An Elephant4.5k reads
4.
"Rosetta Stone" Eruption On The Sun Provides Insights Into Solar Explosions4.0k reads
5.
Get Ready To Celebrate National Ice Cream Month!3.9k reads
Sign in or Sign Up
for unlimited access to Assignments