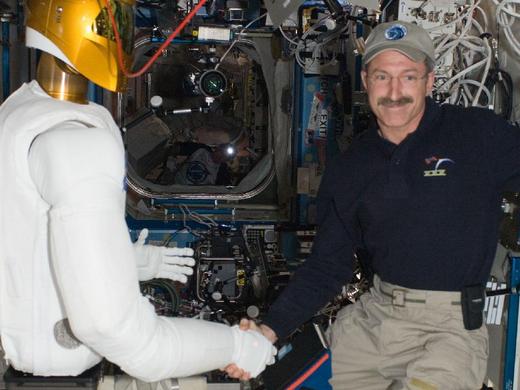 On February 15th, just over a year after it arrived at the International Space Station, Robonaut 2 (R2) the world's first humanoid robot made history, by firmly shaking the hand of Station Commander, Dan Burbank.

While it may not seem like a big deal, it was a giant step forward in testing the robot's dexterity and strength because all of R2's tests have been conducted on Earth. Therefore, the arm had been programmed such that it took into account the full force of gravity, which meant the robot needed to put in more effort to lift it. However, since there is no gravity in Space, the scientists that control the robot from Earth had to reprogram it, so that it's 'light' touch doesn't result in punching a hole on the side of the Space Station. 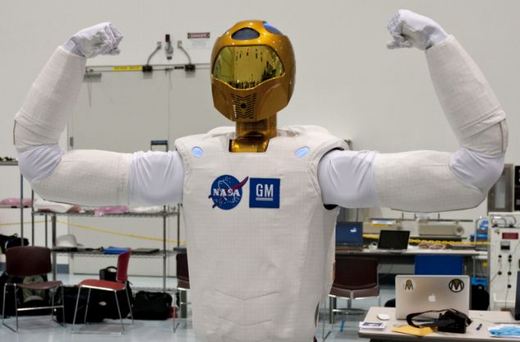 Besides the impressive handshake, R2 also tweeted to his fans by spelling out the words 'Hello World' in American sign language. These two actions were the culmination of a series of tests that R2 has been put through, since Tuesday, February 14th.

Following that it was powered down and placed back into storage, until its next task - Which will be to test the suite of cameras that act as its eyes. These are programmed such that they will provide both the astronauts and NASA scientists on the ground with a clear view of what the humanoid robot is working on. If the 'eye' test is successful, then R2 will begin practicing for the real tasks it will eventually be assigned to, using mimic controls that have been sent to space. 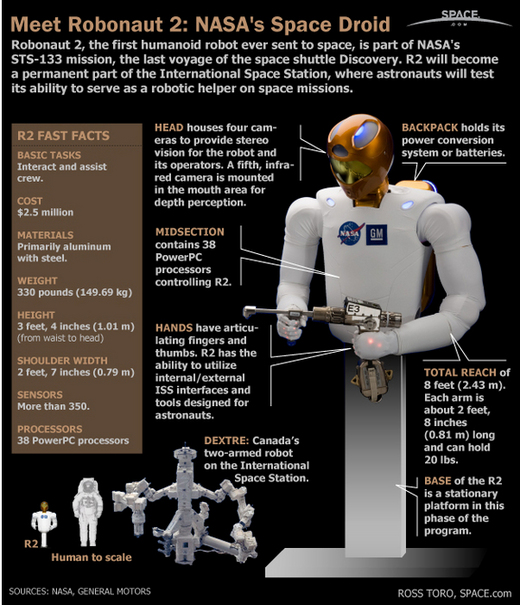 R2 is NASA's first trainee astronaut robot. Once it proves completely reliable, it will begin its practical training by becoming the official cleaner for the International Space Station - for believe it or not, even astronauts have to clean up every week! His duties will include wiping handrails, vacuuming the air filters and cleaning up wherever needed.

Though it may seem like a cruel task to assign to someone who cannot protest, astronauts say its part of the training to get it ready for the big assignment. That's because in order for R2 to be able to work outside the Space station, it will have to learn to climb without using its hands, a skill it will be practicing, whilst cleaning. 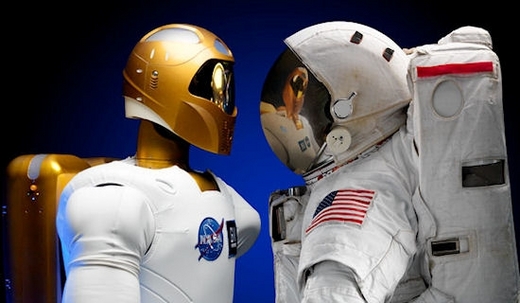 Astronauts envision sending R2 out for emergency missions, since it can leave immediately, unlike its human counterparts, who have to depressurize and suit up. Also, since they can 'see' through him thanks to the two video cameras that are fitted into his eye sockets, they can quickly determine what the problem is and prepare to deal with it. 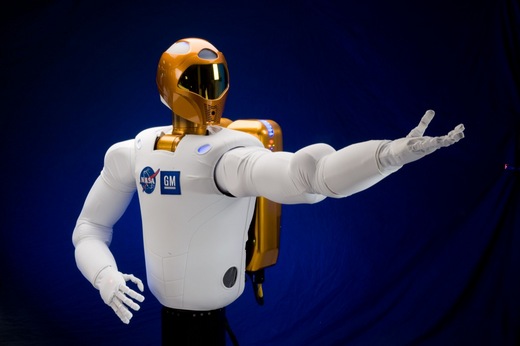 R2 will also be able to spend more time outside than humans can, and therefore be able to complete repairs and other tasks faster. To make the robot more independent, scientists are working on a battery that will be fitted inside its chest, so that the robot doesn't have to be plugged in to the Space Station all the time.

And, if it really becomes good, the possibilities for this humanoid robot are endless - It could be sent to scout out a new planet or asteroid and even, be fitted with a jetpack so that it can zoom around Space!

WeekMonthYear
1.
15 US States Are About To Get Inundated With Billions Of Noisy Cicadas20.5k reads
2.
The Kitefin Shark Is The World's Largest-Known Luminous Vertebrate20.5k reads
3.
Darius, The World's Longest Bunny, Has Gone Missing!20.3k reads
4.
The Holy Month Of Ramadan14.3k reads
5.
A Piece Of Digital Artwork Just Auctioned For A Stunning $69 Million!14.0k reads
Sign in or Sign Up
for unlimited access to Assignments