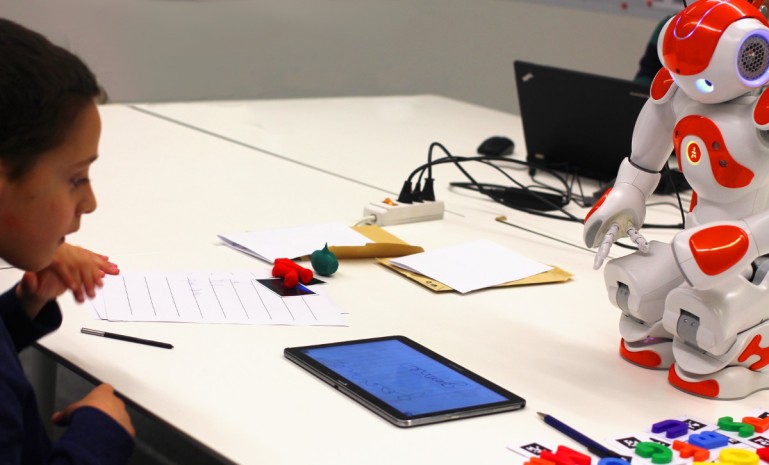 Just a few weeks ago, NAO, the humanoid robot made headlines when it became Mitsubishi Bank's first non-human employee. Now the cute 23-inch tall robot that weighs a mere 5.5 kilograms (12.7 pounds) is in the news again. This time around NAO is helping students develop good handwriting skills.

Originally designed by France's Aldebaran Robotics as a home companion NAO's role in education is not new. It is currently being used in computer and science classes all the way from elementary school through to university, in over 70 countries. NAO has also been very instrumental in helping kids with learning disabilities and social and emotional issues associated with disorders like autism. The NAO CoWriter, which is the brainchild of Swiss researchers at the Computer-Human Interaction in Learning and Instruction Laboratory or CHILI, adds a new dimension to this already versatile robot. 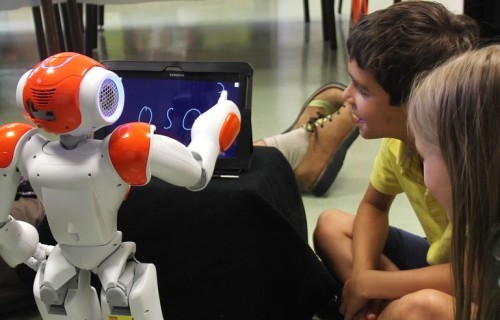 What's interesting about the NAO CoWriter is that it teaches kids while pretending to learn writing skills from them. The process begins with a student showing NAO alphabet magnets of the word they want it to write. The cute robot carefully studies the Quick Response (QR) codes assigned to each alphabet and then tries to write them on a digital tablet. The assignment is then handed to the "teacher" who makes the appropriate corrections and returns it to the robot for a redo. NAO CoWriter tries again, using the corrections to improve. The duo continues until the "teacher" is satisfied with his/her robot student's penmanship. Researchers believe that this innovative role reversal not only improves the student's handwriting skills but also helps boost his/her confidence. 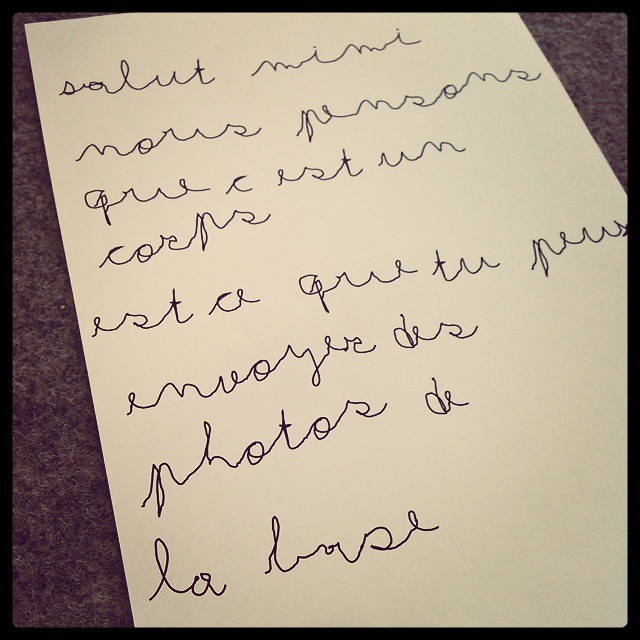 Of course, while NAO appears quite the novice learner to the students who range from six to eight years in age, the activity is carefully orchestrated. At the very beginning of the "learning" process, NAO scans through the over 1,000 handwriting samples of different letters programmed in its system. It then picks one that best matches the writing of the kid it is working with. This allows the robot to closely mimic the student's handwriting. The NAO CoWriter also uses smart algorithms to align its learning pace with that displayed by the student. That's because if it masters the letters too quickly, the student will not get enough practice. On the other hand, if the robot takes too long the student might get bored of playing teacher and decide to abandon the handwriting tutoring class. 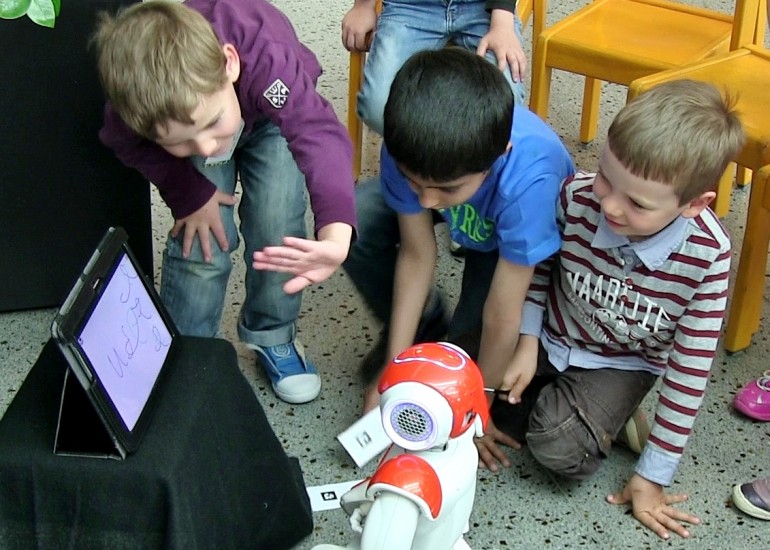 Unveiled on March 3rd at a Conference on Human-Robot Interaction (HRI), held in Portland, Oregon, the NAO CoWriter is still in the prototype stage. While the classroom trials to test the long-term effectiveness of its mathematical algorithms were successful, there is still more to be done. In the upcoming summer months, further tests will be conducted to measure the robot's success in the learning process and also to see if it is user-friendly enough to be incorporated into a daily classroom routine. If all goes well, NAO may become an even more frequent sight at schools around the world. Buckle up! School is about to get more exciting!