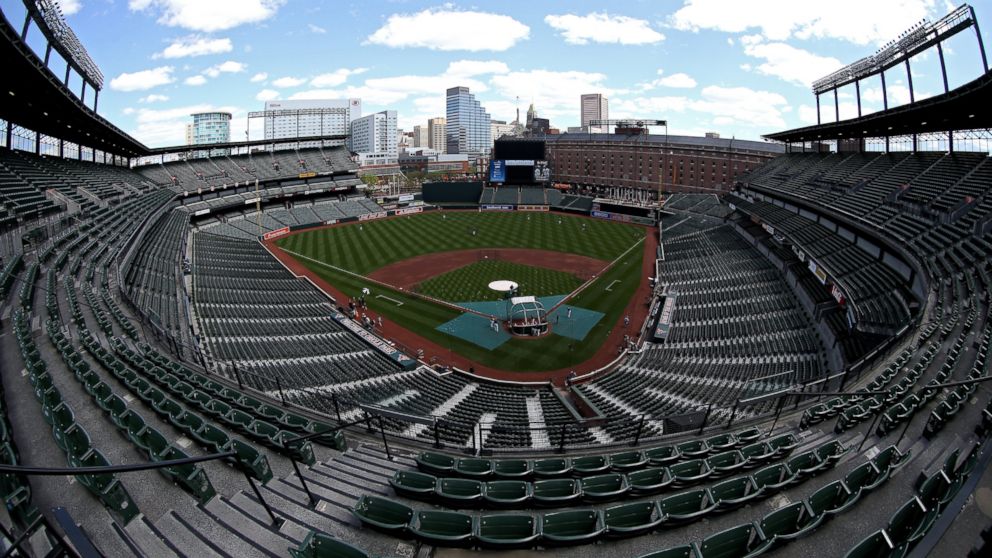 In this era when baseball fans flock to cheer their favorite players even during spring training, April 29th's game between the Baltimore Orioles and Chicago White Sox was a little unusual. That's because for the first time in the history of the four major American professional sports leagues the game was played in an intentionally empty stadium.

The deliberate shut-out of fans from Camden Yards was to keep them safe following the violent riots that erupted on the streets of Baltimore on April 27th. In addition to shattering windows and looting, protesters also burned down 20 businesses and 144 cars. Twenty police officers were injured, and more than 200 people arrested before the rampage finally came to an end, early Tuesday morning.

With the city's police force overwhelmed, Baltimore's Mayor Stephanie Rawlings-Blake requested the help of the National Guard to restore some semblance of order. On Tuesday many businesses and schools remained closed as the residents tried to digest what had just happened to their beautiful city. For the near future the city officials have imposed a curfew from 10 pm to 5 am. This means that residents are not allowed to leave their homes during those times unless they have good reason. 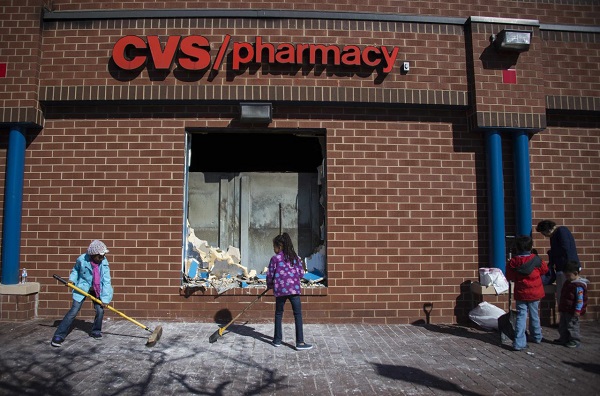 The chain of events leading to this unfortunate turn of events began on April 12th when 25-year-old Freddie Gray was arrested for fleeing upon sighting a police car. While in custody, Gray sustained an unexplained spinal injury. He fell into a coma a few days later and passed away on April 19th.

As news of the young men's death spread, the residents of Baltimore began clamoring for answers. However, while there were a couple of peaceful protests outside the local police station on April 18th and the Baltimore City Hall on April 25th, things really escalated a few hours after Gray's funeral on April 27th. 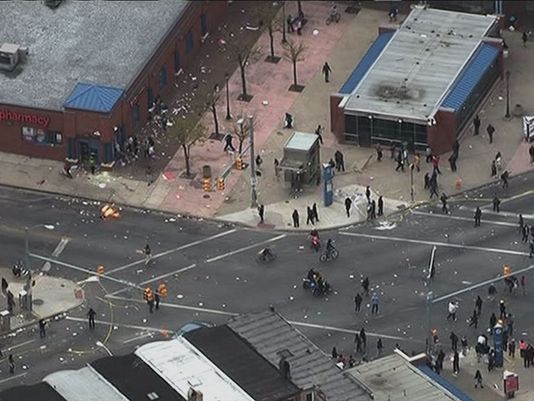 Nobody knows for sure what instigated the disorder. Some speculate that the riots were started by the local gangs who reconciled their differences to take revenge on the Baltimore Police. Others believe it began after some high school students attending Gray's funeral encountered police in riot gear as they were making their way to the transportation hub to catch a ride home. According to the source, the young kids purportedly decided to vent their frustration by throwing water bottles and rocks at the officers who retaliated with tear gas and pepper spray. As word of the altercation spread, more people joined in.

Unfortunately as is often the case, while most were genuinely protesting against what they believe is police injustice, a few came to take use the chaos to loot and destruct. Witnesses say a few small groups walked around the street armed with crowbars, smashing store windows and torching buildings and cars. 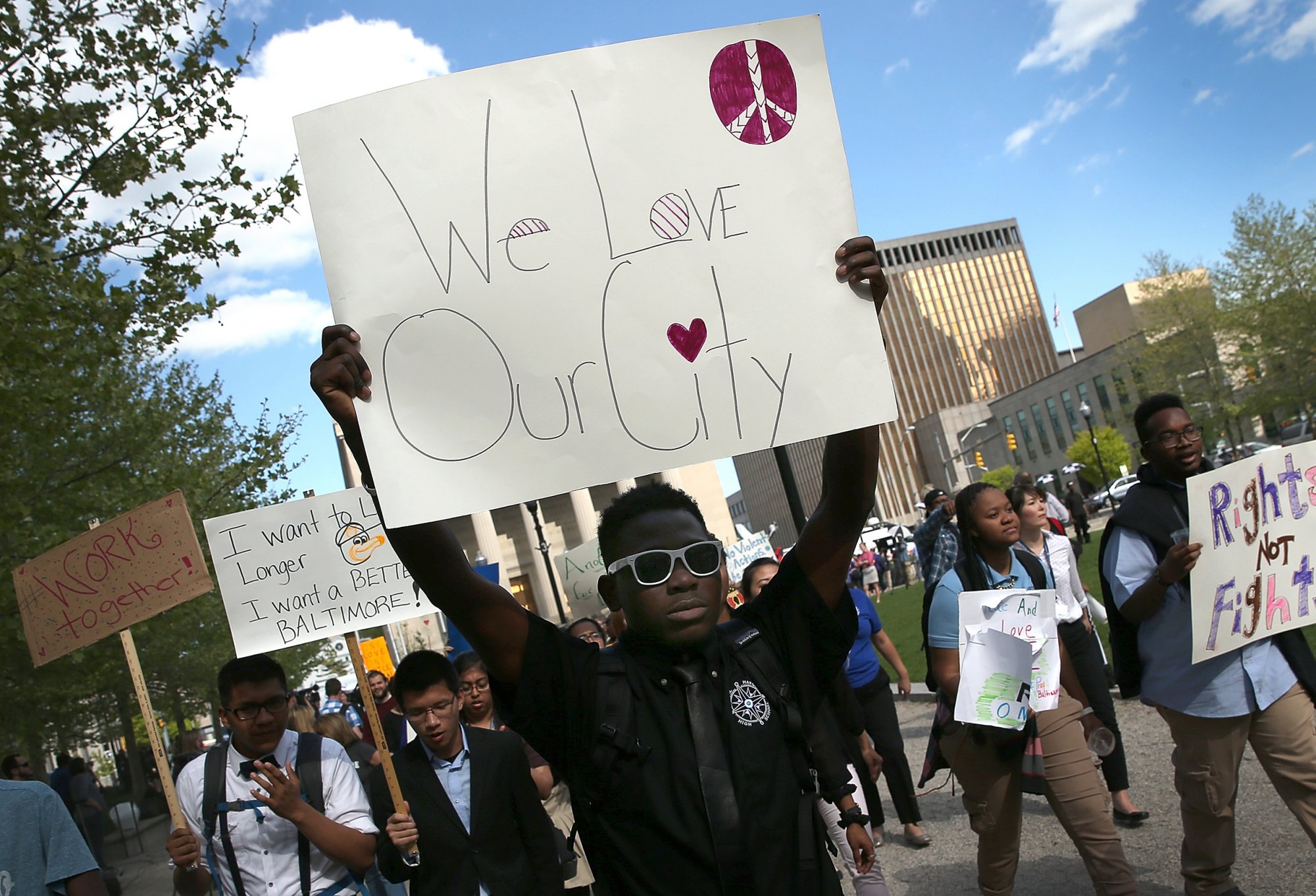 Fortunately, the situation appears to have calmed down. While the residents of Baltimore are still seeking answers, they are also coming together to heal. Everyone is trying to help in their way to restore the gorgeous city that fittingly goes by the nickname "Charm City."

On Tuesday, hundreds of residents came together to help sweep the glass and debris left behind as a result of Monday's violent riots. On Wednesday afternoon, the Baltimore Symphony Orchestra performed a free concert for the residents, because as the musicians said, "It seems we could all use a little music in our lives right about now.''

Baltimore officials are trying to do their part. On Friday, May 1st, just minutes after receiving the medical examiners' report that concluded Mr. Gray's death a homicide, Chief Prosecutor Marilyn J. Mosby took action. The six police officers responsible for Gray's arrest have been charged with crimes that include murder and manslaughter. 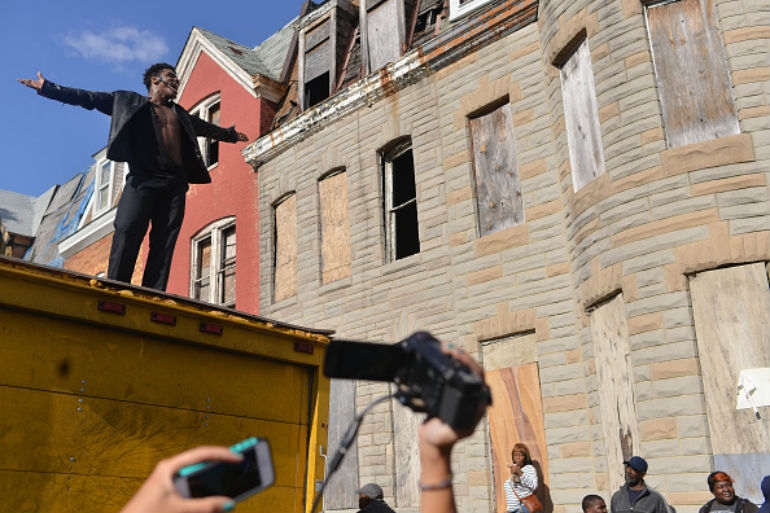 And then there is Dimitri Reeves. On Monday, when the city was going through its worst night in decades, the 22-year-old climbed atop his van and sang Michael Jackson's "Man in the Mirror." When asked why he picked the song, the young man answered, "We have to start with ourselves. We can't just go and act up. Peaceful protest is the answer." Hopefully, his message will be heard by people all over the world.

As for the baseball? Wednesday's game will remain in the history books for many years. That's because the city and MLB have rescheduled the others so that Baltimore fans do not ever have to miss another game.